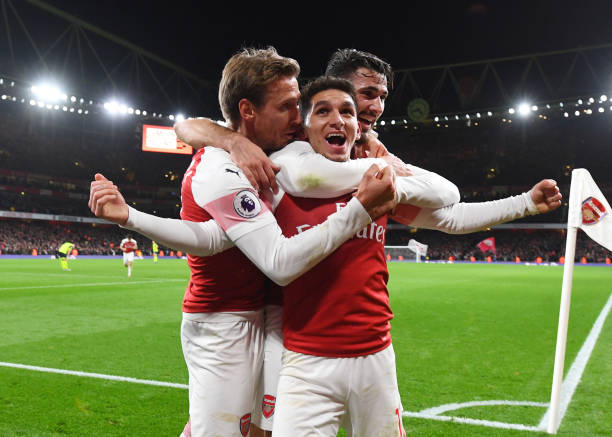 Arsenal will today face Huddersfield Town away from home and it’s going to be a must win game if they want to go back to the Premier League top four.

Huddersfield Town lost 5-0 to Chelsea last weekend so they will be hoping to recover in this game by stopping Arsenal and they have the advantage since they are at home.

Arsenal’s 3-1 loss to Manchester City was expected but losing to Huddersfield Town would crush the hearts of Arsenal fans since it’s a team that is at the bottom of the table.

The match will kickoff in a few hours from now so let us take a look at three significant things to expect as Huddersfield host Arsenal.

Both managers will be expected to make personnel changes as they aim to recover lost ground along in the season. This is mostly for Arsenal who needs a timely revival at a time like this in the season.

Henrikh Mkhitaryan is back from injury and Mesut Ozil could return to starting eleven.

This could be decisive as Unai Emery makes up his mind based on the players’ available to him ahead of this fixture.

This also sees Huddersfield boss likely to alter his squad as they hope to make their fans happy after Chelsea embarrassed them.

The host precarious position alongside Fulham will spur them on against Unai Emery’s Arsenal side this weekend.

It promises to be a highly contested fixture as both sides embrace hostility on the pitch. This will make the contest a worthy one to follow as series of matches are abounding in the Premier League this weekend.

Huddersfield relegation battle will see them push Arsenal to their limit as they aim for top flight football next season.

If Arsenal is to recover their position in the top four on the League table, then they must beat Huddersfield away from home. This may prove hard than it seems on paper as Arsenal must find a way to get the better of their host this weekend.

This is very much irrespective of host’s position as the case may be as Huddersfield faces Arsenal with some level of antics pertaining to their bottom position in the league.

This win will enable the Gunners take advantage in case any of the top sides may be Chelsea (who knows) does drops points this weekend most likely away to the ball playing side Manchester City.

BATE Borisov Vs Arsenal: What to expect from this game