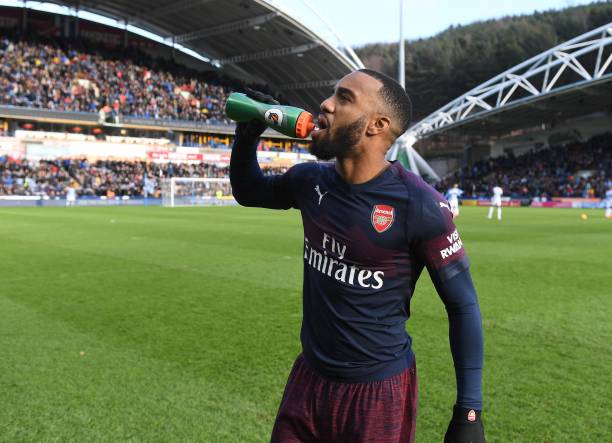 The gunners faced Huddersfield Town on Saturday and they won the game 2-1 thanks to goals from Alexandre Lacazette and Alex Iwobi. It wasn’t a convincing performance but what matters is that the gunners got all the three points which have fired them into the fifth position on the Premier League table.

Alexandre Lacazette was Arsenal’s main attacker on the pitch last weekend as the gunners beat 20th placed Huddersfield Town because Aubameyang missed the game due to an illness and the Frenchman didn’t disappoint once again as he doubled the lead of the gunners in the first half after receiving a great cross from Ainsley Maitland-Niles.

The gunners looked to be in control of the game after scoring the second goal of the day but they had a poor performance in the second half as Huddersfield Town took control of the game, fought to pull one goal back but Bernd Leno was at his best. Unfortunately for the gunners, Huddersfield Town finally got one back after Sead Kolasinac accidentally scored an own goal in a bizarre way.

Alexandre Lacazette wss not happy that they did not create more situations to score in the second half and Arsenal fans believe that this is an indirect message to Unai Emery to be playing play makers like Ramsey and Ozil.

“Yes, I think we should have had more situations to score more goals but we played against a strong team today in the second half. We were in a difficult moment so these three points are good for us.” Alexandre Lacazette told Arsenal’s official website.