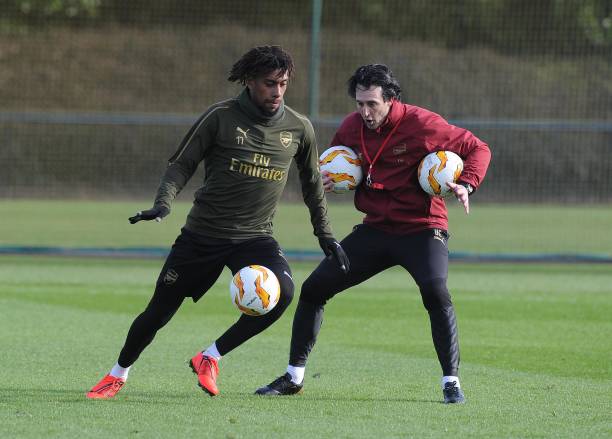 Arsenal is this season under the coaching of another person other than Arsene Wenger for the first time in two decades. Unai Emery did show glimpses of being successful in the first half of the season but his team has started under performing in the last few months and some individual players like Alex Iwobi have been heavily criticized by the Arsenal supporters.

Alex Iwobi is an Arsenal academy product that got a chance to slip into the first team of the gunners a few years back but the Nigerian international has received a lot of abuse in the last few weeks because of his poor performances but sometimes he just needs to be backed by the fans since he has been rejuvenated under Unai Emery in this 2018/19 campaign.

Some of the reasons why Alex Iwobi is heavily criticized is because the Arsenal fans are unhappy that Unai Emery benches their creative players ( Ozil and Ramsey ) yet starts, Iwobi who is also inconsistent but one needs to understand is that the Nigerian is a winger that can work well in the formations that the boss wants to be using at the Emirates Stadium this season.

Alex Iwobi as a player does do mistakes in some matches like at Etihad Stadium a few weeks ago, he gave away the ball which led to the first Manchester City goal but the truth is that Unai Emery might not afford to bench him because the club sold all of its wingers like Alex Oxlade Chamberlain, Theo Walcott and Alexis Sanchez, and so the coach can only continue using him since he is their only option but Unai Emery’s decision to not be using Mesut Ozil & Ramsey has indirectly made the criticism for Iwobi to increase, because some of the Arsenal fans believe that the coach trusts Iwobi more than Ramsey & Ozil.