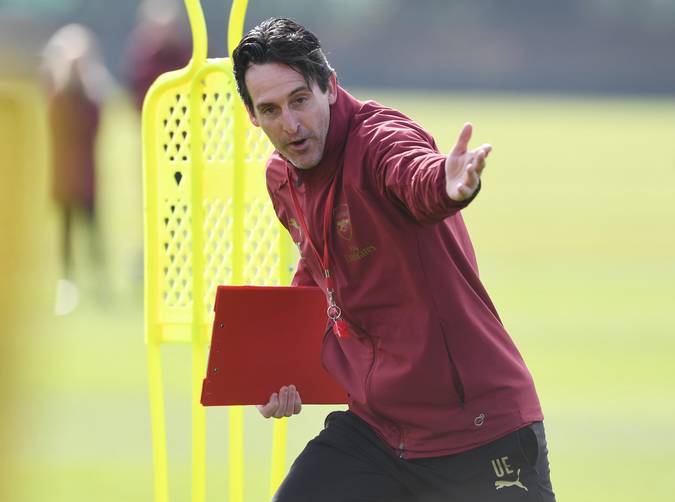 Arsenal will this evening face BATE Borisov at their home ground and it will be a must win game because their chances of qualifying for the next round of the UEFA Europa League are on the line. Arsenal head coach Unai Emery will certainly make changes to the starting eleven that faced Bate Borisov at the Borisov Arena last week.

The Arsenal starting eleven will be released an hour before kick off so let us take a look at two players that Unai Emery will probably include in the lineup that faces Bate Borisov today.

Mesut Ozil was not in the squad that traveled to Belarus for the first leg of their UEFA Europa League encounter with Bate Borisov but Arsenal getting defeated has raised a lot of questions on Unai Emery’s coaching because he intentionally left the German international at home.

Arsenal fans will be hoping to see Mesut Ozil on the starting eleven because they believe the team missed his creativity in the final third last week but I believe Unai Emery will include him in the team that plays tonight. Arsenal boss Unai Emery is expected to use a 4-2-3-1 formation today and it requires a play maker to use this formation so Mesut Ozil will definitely play in tonight’s match.

Arsenal completed the signing of Denis Suarez on a loan deal on deadline day of the January transfer window but the Spaniard is yet to be selected in the starting eleven in the last three games that he has been involved in. Arsenal’s last three matches have been against Manchester City, Huddersfield Town and Bate Borisov and all those games have been away from home.

The on loan Barcelona star will probably be in the starting eleven that faces Bate Borisov tonight because Arsenal boss Unai Emery did hint that he hopes to give him his first start in a home match. The gunners have Denis Suarez for a few months since it’s a loan deal so Unai Emery will be hoping to use him in most of the remaining matches of the season.