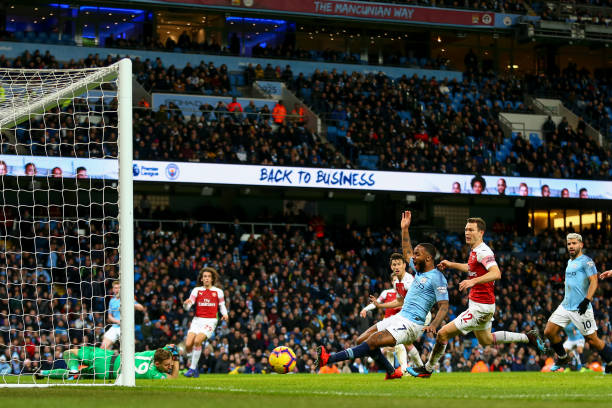 Arsenal was on Sunday beaten 3-1 by Manchester City who showed their superiority in the full 90 minutes while the gunners get again showed that they don’t have the right mentality to win away from home. So let’s take a look at the lessons learnt in Arsenal’s defeat to Manchester City.

ARSENAL WAS NEVER GOING TO WIN THIS GAME

Manchester City lost to Newcastle United in the mid week fixtures and this was a must win game for Pep Guardiola’s men if they wanted to stay in the Premier League title race. Even Sports sites like Amazing.Bet were giving Arsenal 10 odds to beat Manchester City, and this highlights what type of match this was because the Gunners were considered as underdogs (which they were).

Aside from Manchester City having a better team than, the gunners have a lot of injury problems and it’s unfortunate that they had to face the last season Champions in this state.

Arsenal currently has many injured players including Hector Bellerin who is their best right back and this left Unai Emery with the option to use unfit Ainsley Maitland-Niles, non regular Carl Jenkinson or experienced Stephan Lichtsteiner. The Arsenal boss opted for Lichsteiner and he however had a horrible performance giving City’s Sterling a lot of space to give the centre backs of the gunners a hard time.

Unai Emery will need to give Carl Jenkinson a try since he was willing to let Stephan Lichtsteiner start yet the gunners were facing a team with pacy players.

UNAI EMERY WANTED A DEFENSIVE GAME BUT HIS PLAYERS FAILED

Unai Emery used a back three and full backs were played as wing backs, so that’s five defensive minded playes and let’s add Matteo Guendouzi & Lucas Torreira to the mix. Unai was hoping that his team would be able to use the speed of Aubameyang and Iwobi to hit Manchester City on a counter while staying compact at the back but his team unfortunately conceded in the first 45 seconds of the game.

The gunners get some sort of relief after Laurent Koscielny equalised and we finally got a glimpse of what the coach wanted to do but his players at the back were exposed after Sergio Aguero doubled the lead of the home side because of Arsenal’s poor defence.