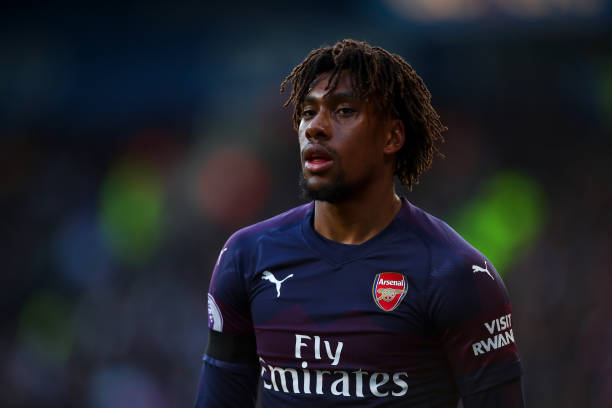 Arsenal has struggled in the last few months because of constant injuries, managerial mistakes and inconsistency of its players. Unai Emery is one of the few coaches who keep rotating their squads but let us take a look at two Arsenal players that are more effective when coming from the bench than when they have started games.

The Nigerian international has been very impressive this season under Unai Emery but he sometimes lets his team down because he’s very indecisive when in the final third of the pitch. Iwobi did show early signs of becoming a world-class winger at the start of the season but it seems the opponents now know his skills because he always loses the ball when he tries dribbling.

Alex Iwobi could however be effective when coming in as a substitute because he has immerse pace and this would be helpful since the defenders are tired at that time hence him using this chance to exploit them. Alex Iwobi came in the second half in Arsenal’s game vs Cardiff City and he changed the game. It is however understandable for Unai Emery to keep starting Iwobi because the gunners have no natural wingers left in their squad.

Matteo Guendouzi is an impressive 19-year-old that has surprised many with the great performances he has put on every week but he still has a bright future ahead of him, so he really needs to be benched so that the Torreira-Xhaka partnership can be used.

Matteo Guendouzi has an outstanding work rate and he would impress when coming in as a substitute as he is one of the few Arsenal players that press opponents as Unai Emery requests.

Report: Why Unai Emery will bench Mesut Ozil in the Southampton game

Report: How Unai Emery is causing ‘hate’ for Alex Iwobi