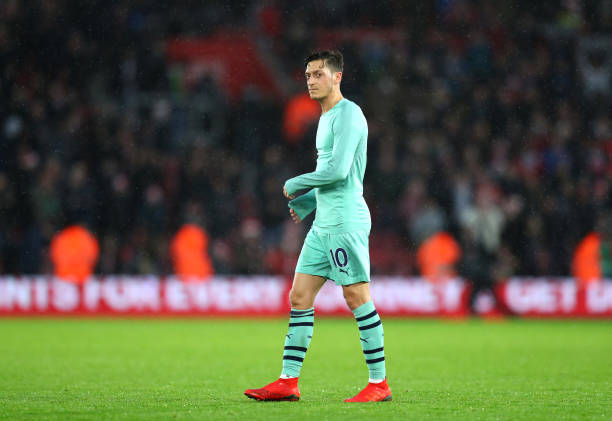 Mesut Ozil has not been among Unai Emery’s favoured players this season because he doesn’t fit in the playing style and formation which the new Arsenal coach wants to implement at the North London club. Denis Suarez joined Arsenal on deadline day and some reports claimed that Unai Emery was planning to make him Mesut Ozil’s replacement since the German international is considered to be lazy.

Denis Suarez is a versatile player that can play many different positions and it seems the gunners will be using him as a winger as Unai Emery has said that the on loan Barcelona star has been brought to the Emirates Stadium because they currently have winger problems. Unai Emery talked of this in his pre-match press conference ahead of their upcoming match Vs Manchester City at the Etihad Stadium.

“There is no change for him. Denis is coming here because we have a lot of problems with the winger. That is the reason.” Unai Emery told the Mirror.

The gooners will be hoping to see Denis Suarez and Mesut Ozil on the pitch together in the coming matches because they are both talented players that can break down in the defence of the opponents. Either Mesut Ozil or Aaron Ramsey will start as Arsenal’s no.10 on Sunday and Denis Suarez will be used as a winger as Unai Emery has already hint at using the Spanish international this weekend.

Denis Suarez did not get enough chances in Barcelona but he will however be hoping to get back his form at Arsenal since they will definitely give him playing time for the rest of the season.