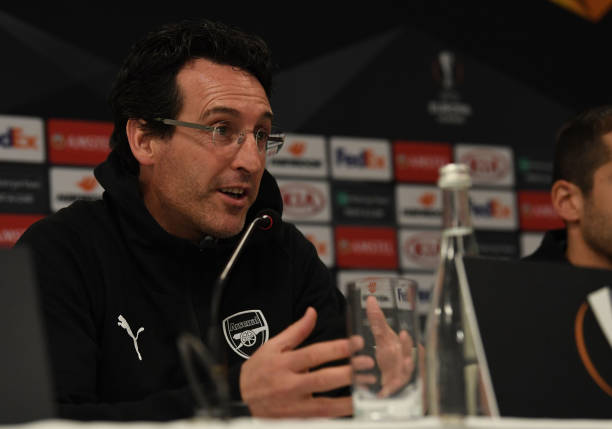 The gunners appointed Unai Emery as their new head coach in May, 2018 and he has managed to improve a number of players during his tenure at the Emirates Stadium. The gunners are currently not far from their targets and Unai Emery will be proud of his players.

Alex Iwobi has been the most improved player under Unai Emery this season because he has managed to become his preferred option on the flanks. And what has been more interesting is the partnership which Alex Iwobi has formed with Sead Kolasinac because they complement each other on thr pitch on their flank, the Nigerian international usually finds a way to create space for Kolasinac who then sends the ball to the penalty box.

It is no surprise that Alex Iwobi has impressed Unai Emery because he wouldn’t keep selecting him in the starting eleven in most matches, and the Arsenal fans wil hoping that he manages to add goals to his game so that they could get their very own light Raheem Sterling.

Arsenal’s boss Unai Emery is a coach who pays close attention to training because if you don’t work hard there, you risk getting omitted from the squad. Emery has today said that Alex Iwobi works very hard to improve as a player.

“I am very happy and I think he is working a lot to improve and he has energy, he has quality, he has things to improve. But he can do that.” Unai Emery told Arsenal’s official website.

“For us, we have to be demanding with him and he himself be demanding to improve the things that he can get better at in his qualities.”

Unai Emery speaks out on Mesut Ozil ahead of Bournemouth match