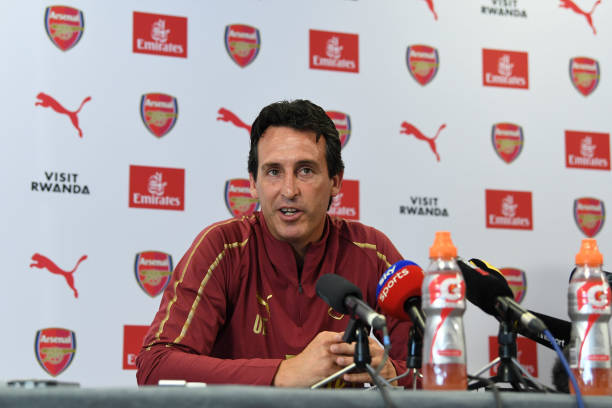 Arsenal will face Manchester City this weekend and will be hoping to keep their place in the Premier League top four because Manchester United and Chelsea are very unlikely to drop points. So Unai Emery will have to get his team to perform at its maximum best to avoid similar embarrassment as like which happened at the Anfield Stadium ( Liverpool 5-1 Arsenal )

Most of the Arsenal supporters were optimistic about their upcoming game against Manchester City but Newcastle United beating Pep Guardiola’s men had scared them instead of increasing their optimism because the Cityzens will come into Sunday’s game with anger and determination because they won’t be willing to go far behind Liverpool who are still massive favourites to win the 2018/19 Premier League trophy.

Arsenal head coach Unai Emery will be happy that his team comes into this match after successfully collecting three points from Cardiff City on Tuesday and he will be hoping that they don’t disappoint him. Unai Emery faced the press on Thursday for his pre-match press conference and he also revealed what he thought of this game.

“It will be a tough match. Our challenge is [big] against every team, but on Sunday we are playing against the best – Sunday is against the best.” Unai Emery told Arsenal’s official website.

“I think with Liverpool, they are having a very big Premier League season. They are very hard [to beat]. They have lost some matches but I think that was an accident. In another moment, in another match, they could have won against Newcastle. They are playing at home and for us it will be very difficult.”

“But we are looking forward to playing, to showing that we can [win] and want [to win]. I think in Sunday’s match every player will be with a very big ambition to show their best performance and quality against them.”

Unai Emery reveals what happens to him after Arsenal loses