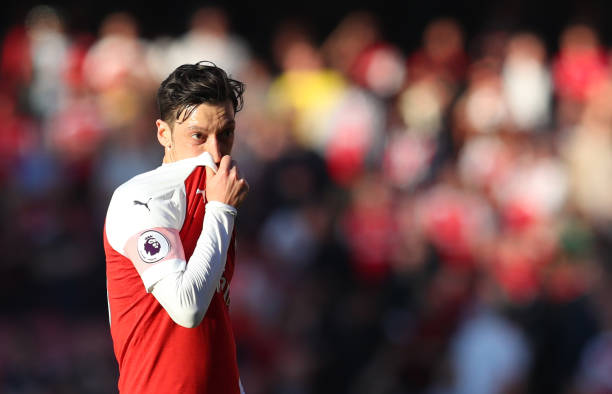 Arsenal will on Wednesday welcome Bournemouth at the Emirates Stadium and the fans will be hoping that Mesut Ozil gets given a start because he was impressive in his substitute appearance on Sunday when the gunners faced Southampton. There has been a lot of reports claiming that Arsenal boss Unai Emery has a conflict with Mesut Ozil because he doesn’t track back.

Mesut Ozil returned to the starting eleven of Arsenal on Thursday when the gunners faced BATE Borisov and he had an incredible performance despite failing to get on the score sheet or making an assist. Arsenal head coach Unai Emery has said that he is happy with the performances of the German international and claims that he can always help them when coming in a substitute or even being in the starting eleven. In simple terms, the boss is saying that it isn’t bad for him to be benched because he can put on good performances when coming in as a substitute.

The next few months will be important for Mesut Ozil because some transfer rumours claim that the play maker will be on the transfer list in the summer because Unai Emery doesn’t see him in his long-term plans for Arsenal. Unai Emery has said that Mesut Ozil is very impressive in the final third.

“For Mesut Ozil, Sunday was a good challenge, like we spoke about before, to be in the bench and help us like he is doing in the last 30 minutes.” Unai Emery told Football.London.

“It was a good performance with good spirit and I think we are stronger when every player is like that. His combination in the attacking third is important for us.”

The gunners will play three matches in a short period of time so it seems the Arsenal boss will be rotating his squad so Mesut Ozil could be in the starting eleven that faces Bournemouth tomorrow.