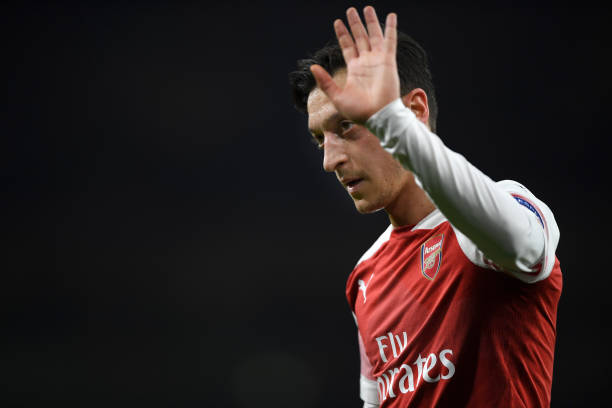 Mesut Ozil did not make any assists or score goals but he was however very good in the attacking moments because he got the aura that scares the defenders when he makes runs into the penalty box. The German international linked up well with Alex Iwobi on the flanks as they tried to break down the defence of the Bate Borisov.

“Well, I said to him to carry on and be available like today and the last two weeks to continue training and helping us. Today I am happy and this is the way we want with him.” Arsenal head coach Unai Emery told Arsenal’s official website.

The Arsenal fans are happy that Mesut Ozil was finally given a chance because him falling out with Unai Emery was ruining the great team chemistry that the gunners have this season but it’s clear that the coach was clearly happy last night. Arsenal will face Southampton on Sunday and Mesut Ozil will be hoping to be in the starting eleven that plays in that game.