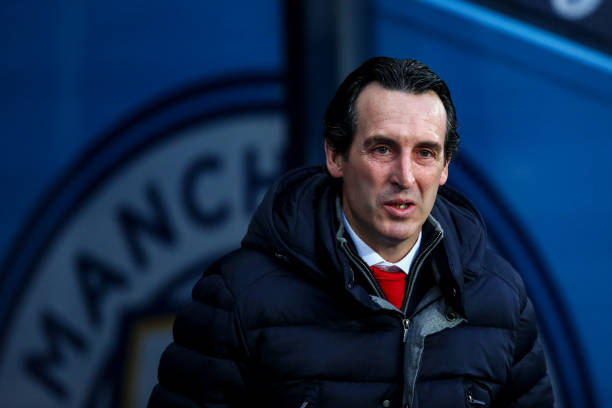 Arsenal faced Bate Borisov in Belarus on Thursday with the hope of winning this match so that they can go into the second leg with away goals but they were surprisingly beaten 1-0, piling more pressure on Unai Emery. UEFA Champions League qualification is very important to Arsenal because as a top club, it wants to be performing at a high level in the best competitions and winning the Europa League is an alternative way to qualify.

The Football.London reports that Arsenal’s head of football Rahul Sanllehi and managing director Vinai Venkatesham traveled to come watch the team as it took on Belarusian side Bate Borisov. The gunners lost the match 1 nil despite having controlled the match in the first half and second half but still failed to put the ball into the back of the net.

No-one could have expected the gunners to lose to Bate Borisov and the report claims that Rahul Sanllehi and Venkatesham looked disappointed after the match, and shook their heads as they proceeded to exit their viewing box. Arsenal head coach Unai Emery will now need to make sure that the gunners defeat Bate Borisov at the Emirates Stadium because it will be too embarrassing if they are knocked out of the competition by the Belarusian side.

It’s clear as Unai Emery has been saying that Arsenal’s main aim this season is to get back to the UEFA Champions League and the gunners are lucky to have two options of doing that this season but the last two performances of the gunners, have made the Arsenal fans lose trust in the playing style which the Spaniard wants to introduce at the club and we don’t know if Rahul Sanllehi is a patient man.

Arsene Wenger speaks out on Aaron Ramsey’s move to Juventus