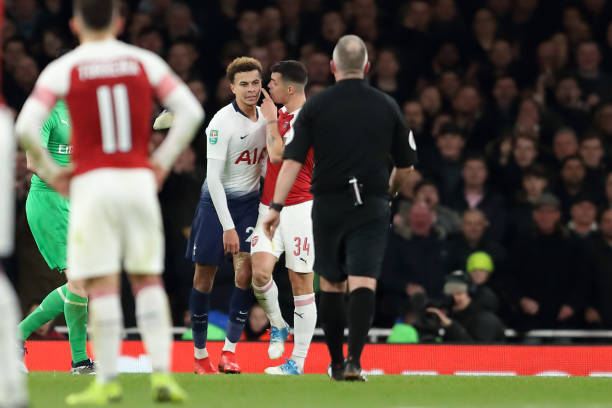 Arsenal will on Saturday face Tottenham Hotspur and the gunners will come into this game hoping to collect all the three points so that they could make a push to get into the third position.

Arsenal defender Stephan Lichtsteiner got injured in Arsenal’s match vs Southampton but the club has confirmed that he is back in full training ahead of the North London Derby according to the latest team news from the club. Laurent Koscielny seemed to be in pain after getting a heavy tackle from a Bournemouth player but the club has said that he is also back in full training and this is a huge relief to Unai Emery because he wouldn’t want to lose another centre back because of injuries.

Laurent Koscielny and Stephan Lichtsteiner being fit is a big injury boost for Unai Emery but the problem he will have is choosing a squad that will face Tottenham Hotspur on Saturday because Stephan Lichtsteiner returns when Ainsley Maitland-Niles is now fully fit, and not to forget that Carl Jenkinson had an incredible performance vs Bournemouth.

Arsenal now only has Hector Bellerin, Danny Welbeck and Rob Holding on the sidelines and so Unai Emery will be hoping that they finish the season with a full squad because they want to win the UEFA Europa League and finish in the Premier League top four.