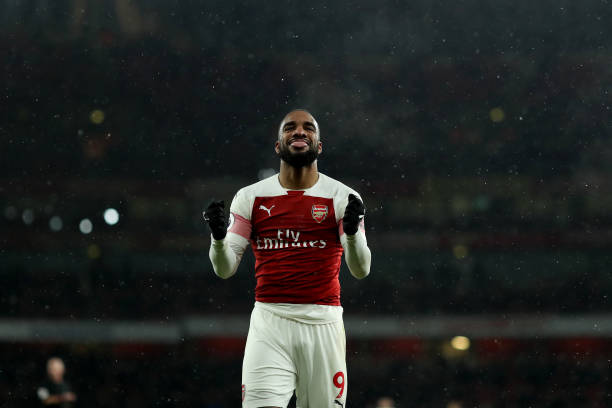 Arsenal will today face Rennes and it’s going to be an interesting match because the North Londoners lost in the first leg so they will be hoping to make a come back so that they can progress to the UEFA Europa League quarter finals. So let’s take a look at two Arsenal players that will make a difference in today’s match.

We all don’t know if Alexandre Lacazette will be in the starting eleven that will face Rennes but he will be in the 18 man squad because UEFA cleared him to take part in today’s match. The Frenchman has been very impressive for Arsenal this season in mostly home matches and the gunners will be hoping that he does the same tonight because they need three goals to eliminate Rennes from the Europa League.

Lacazette’s work rate and ability to control the ball will be useful to Arsenal’s build up in trying to break down the defence of Rennes who will be expected to play a defensive match at the Emirates Stadium. If Aubameyang also starts, Lacazette’s presence improves his overall game because they link up well with each other on the pitch. So Lacazette will definitely make a difference in today’s match.

Aaron Ramsey was used in a defensive role on Sunday when the gunners faced Manchester United and he did a remarkable job in that game because he made about 8 tackles, and was able to frustrate Paul Pogba in the midfield.

Aaron Ramsey will however be used in the central attacking midfield role tonight because Lucas Torreira will be in the squad since he did not take part in the Manchester United game because he is still serving his sentence for the red card he received in the North London Derby.

Aaron Ramsey is usually needed in these sort of matches that have a lot of intensity because he is very strong and can help in both the attacking and defending moments.

What Unai Emery has in plan for Ainsley Maitland-Niles

Report: Why Unai Emery will bench Ozil & Aubameyang in the Rennes match