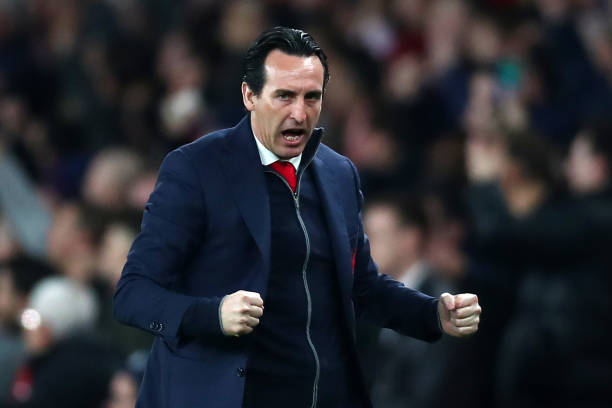 Arsenal defeated Manchester United at the weekend and now that is behind them because they have an important match against Rennes. This game will determine whether they progress to the UEFA Europa League quarter finals but it won’t be easy for Emery and his boys because they are two goals down after getting beaten 3-1 in France last week.

We all saw the Arsenal boss use a back three against Manchester United and it worked well because Koscielny, Sokratis and Monreal are always impressive when used in a back three but will we expect the same this coming Thursday? The answer is NO. So why is that?

The gunners will be without Sokratis Papastathopoulos because he got suspended last week and it seems like Unai Emery doesn’t like using Shkodran Mustafi in a back three anymore so we will probably see a back four in Thursday’s match. Ainsley Maitland-Niles and Sead Kolasinac did a remarkable job as wingbacks in Arsenal’s 2-0 win over Manchester United but Emery will be hoping to see his team’s fullbacks not to go way too forward since Rennes has pacy players that will definitely be hoping to use counter attacks since they are expected to be more defensive at the Emirates Stadium to protect their 3-1 aggregate scoreline.

Shkodran Mustafi and Laurent Koscielny will need to put on a good performance because letting Rennes get a goal when the gunners haven’t scored 3+ goals will see Arsenal get eliminated from the UEFA Europa League yet it’s their only chance of winning any silverware this season. So Arsenal’s back four will probably consist of Maitland-Niles, Mustafi, Koscielny, Kolasinac.

The reason Sead Kolasinac will still start ahead of Nacho Monreal is because the Spanish fullback was very exposed in Arsenal’s 3-1 loss to Rennes last week and it seems he has lost his touch and speed to play as a left back for a full season.