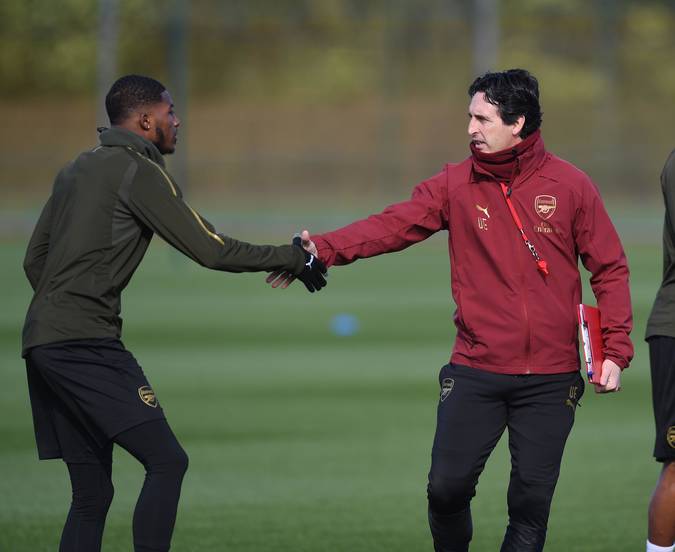 Ainsley Maitland-Niles has been used in various positions in his footballing career and he was even deployed as a left back in Arsenal’s season opening match vs Manchester City but he got injured, and recently came back at the end of December in 2018.

Ainsley Maitland-Niles has in the last few weeks been used as a wingback by Unai Emery because the gunners are without Hector Bellerin who is ruled out for the rest of the season. Even though his performance seemed lacking at the start but he has improved in the last two matches against Manchester United and Rennes.

Maitland-Niles was very impressive in Arsenal’s 2-0 win over Manchester United because he contributed a lot in both the defensive and attacking moments. He also did the same in the 3-0 win over Rennes and he this time got on the score sheet to get his first European goal for Arsenal.

Maitland-Niles has said that he has spoke with Unai Emery to tell him that he is better when going forward, and he claims that the boss agreed with him.

“My best qualities are going forward, creating. I’ve spoken to the manager and he seems to think the same as me.” Maitland-Niles told Football.London.

“I’m still adapting to [the position] but the manager and coaching staff are helping me a lot at the moment.”

Maitland-Niles also added that he is ready to give Hector Bellerin competition in the wingback position because this could potentially become his main chance of establishing himself into Unai Emery’s first eleven since him playing as a central midfielder is not gonna happen when the gunners already have Guendouzi, Torreira, Elneny and Xhaka.

Hector Bellerin is expected to return in December so it’s enough time for Ainsley Maitland-Niles to show that he can retain the position.