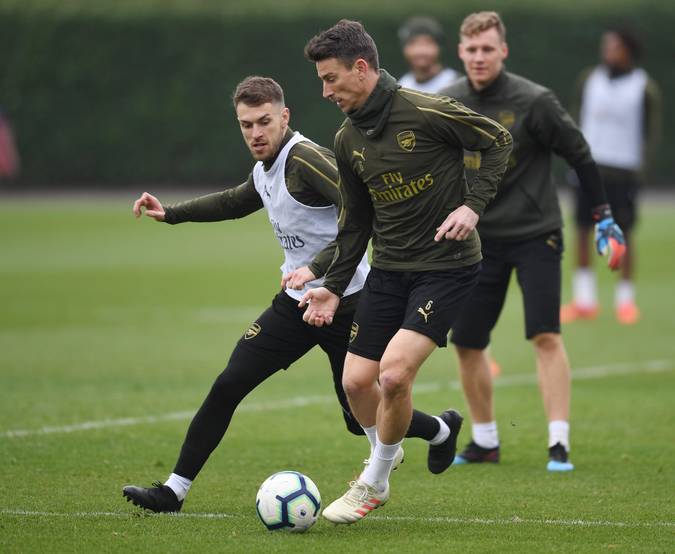 Arsenal are today facing Tottenham Hotspur and the match will be starting in a few minutes from now. The gunners have released their lineup to face Spurs and it’s not surprising that Unai Emery has started Alexandre Lacazette and Aaron Ramsey because they have much impact in big matches.

It seems like Shkodran Mustafi will be playing as a right back today because Maitland-Niles has started on the bench even though the club did confirm that the youngster was fully fit to play. Stephan Lichtsteiner is not in the 18 man squad because he isn’t fully fit since he has just returned from an injury.

Lucas Torreira and Mesut Ozil not being in the starting eleven is a bit surprising because they had a great game against Bournemouth on Wednesday but they will probably come into the game in the second half. Matteo Guendouzi is today paired with Granit Xhaka but this partnership isn’t liked by the Arsenal supporters.