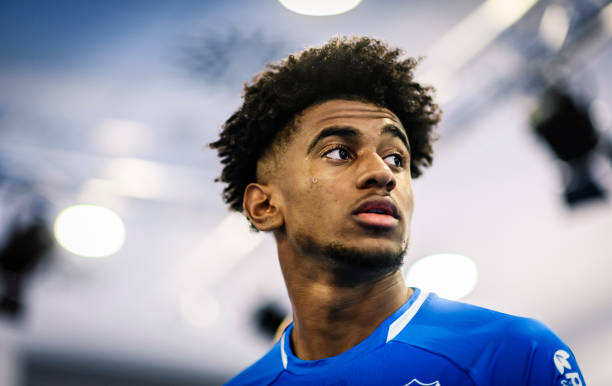 Arsenal loaned Reiss Nelson to Hoffenheim for the whole season and he had an incredible performance in the first months of his spell in the German Bundesliga but he has however lost his form because of an injury that he picked up a few months ago.

Reiss Nelson was sent to Germany by Unai Emery because the young Englishman needed experience since he had few chances of making it to the starting eleven of the gunners this season. Reiss Nelson has six goals in the German Bundesliga and this is a pretty good stat for a youngster playing in a foreign league for the first time in his footballing career.

Arsenal academy manager Per Mertesacker is from Germany and Reiss Nelson has revealed that the retired World Cup winner has told him that playing in a new country or league isn’t only about football but also about learning a new language in a new environment and that he just needs to keep up his great performances.

“Per’s just been very direct to me, telling me it’s not always about football sometimes it’s about off the pitch.” Reiss Nelson told Sky Sports.

“He tells me ‘you’re learning a new language, new environment, just keep up with your performances’.”

Arsenal fans will be hoping that Reiss Nelson receives more chances next season because his loan deal has been a success even though he got injured and got left out of the match day squad of Hoffenheim for his behaviour but it seems that issue has been resolved as he was on the bench at the weekend.