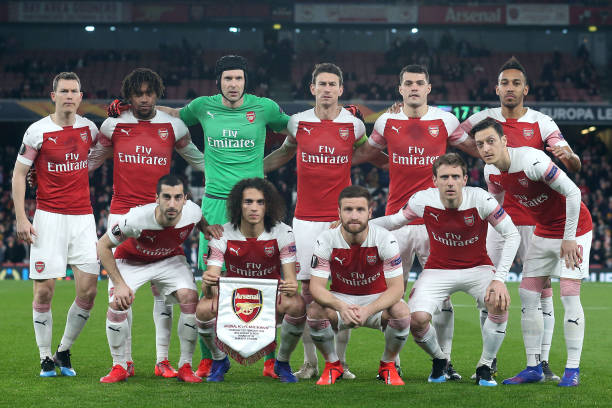 Arsenal will on Thursday be welcomed at the Roazhon Park Stadium by Rennes and they will be hoping to return to London with a win so that they can confidently give a chance to some youngsters in the second leg of this UEFA Europa League encounter.

Arsenal head coach Unai Emery has traveled to France with a very strong squad with only Stephan Lichtsteiner and Carl Jenkinson being left in London. The gunners were heavily criticized a few weeks ago when they lost one nil to BATE Borisov in Belarus but Emery will not be looking to make that mistake because that defeat raised a lot of questions on whether he is the right man for the job.

Mesut Ozil and Aaron Ramsey were not in the squad faced BATE BORISOV away from home but they have however been included in the one that has went to France for this match. Ozil is expected to start in this game because Unai Emery wants to give him a chance to prove that he can put on good performances when they are away from home because the former Real Madrid star usually flops away from home.

Rennes will be without Hamari Traore and Mbaye Niang because they have  both been suspended. This is great news for the North Londoners because these two are good players that would have given the gunners a hard time.

Arsenal will be without Danny Welbeck, Hector Bellerin and Rob Holding because they are still recovering from their surgeries. Stephan Lichtsteiner and Carl Jenkinson will of course not be available for the game because they were left in London.