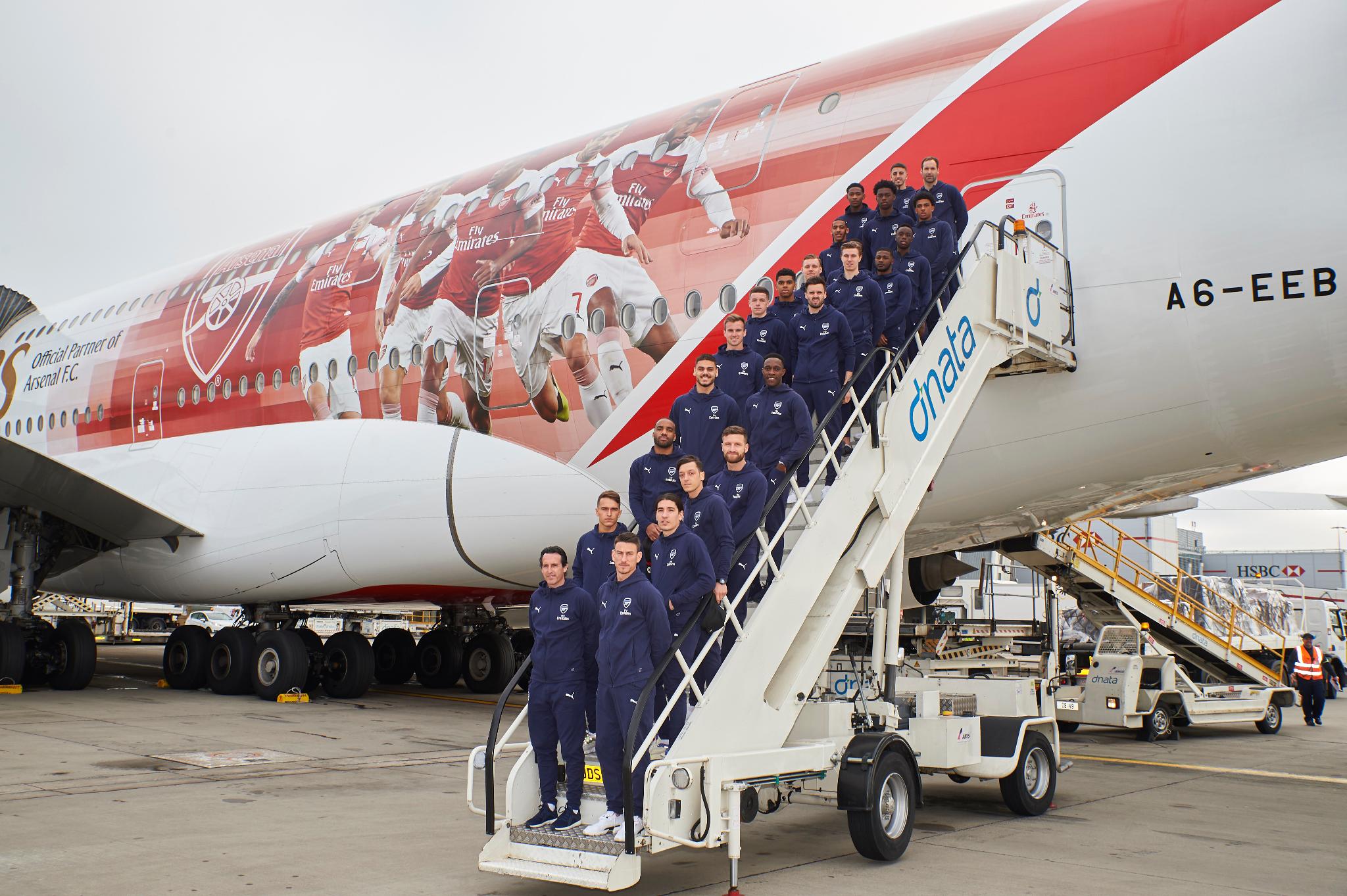 Arsenal has traveled to Dubai for their training camp to get ready for the upcoming season determining fixtures in April and Unai Emery has selected everyone that has not received a call up from their respective countries. The gunners will be training in the warm weather of Dubai and Unai Emery will be hoping that this toughens up his players.

THE FULL ARSENAL SQUAD THAT HAS TRAVELED TO DUBAI

Arsenal’s boss Unai Emery has decided to include players with long-term injuries so that they can continue their rehabilitation in Dubai with their teammates which is very good for team harmony. The Arsenal fans were excited to see that Welbeck, Holding and Bellerin in the picture of the squad that went to Dubai but they will however not play because are still un fit.

Arsenal will play a friendly against Al Nasr Club next week but they are however expected to take part in a number of activities during their stay in Dubai.

Reiss Nelson reveals what Mertesacker told him about playing in Germany