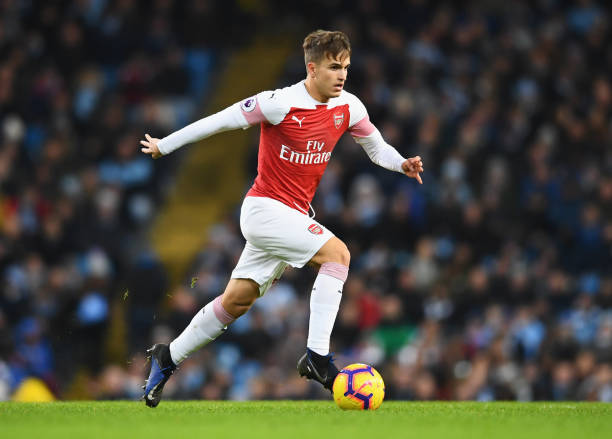 Denis Suarez arrived at Arsenal on a loan deal in the January transfer window and the fans expected Unai Emery to give him many chances in the remaining part of the season since he will return to Barcelona in June. The deal which saw Denis Suarez join the gunners on loan deal has a clause which allows him to be permanently signed by Arsenal if they are impressed with him.

Denis Suarez has made only six substitute appearances in the Arsenal shirt and it’s unclear what Unai Emery is planning because he hasn’t given him any start since he arrived at the North London club on deadline day of the January transfer window. The Sun has however released a report which claims that Arsenal head coach Unai Emery has decided to let Denis Suarez return to Barcelona at the end of this season because he is afraid that the Spaniard will not be able to get used to the physical demands of the Premier League.

Denis Suarez doesn’t look to have any chance of starting in the next few matches unless the likes of Alex Iwobi and Henrikh Mkhitaryan get injured because these two are currently on form and this means the on loan Barcelona star will not be getting a full game for the first since he joined the North Londoners in January.

The Arsenal fans have different opinions on Denis Suarez because some of them claim that he has been very poor while others believe that he can only be evaluated when given a full match. Unai Emery has in his press conferences said that Denis Suarez needs to keep learning because he is in a very tough league but maybe he hasn’t been impressed with him, and will send him back to Barcelona at the end of this season.

Monchi speaks out on why he rejected move to Arsenal