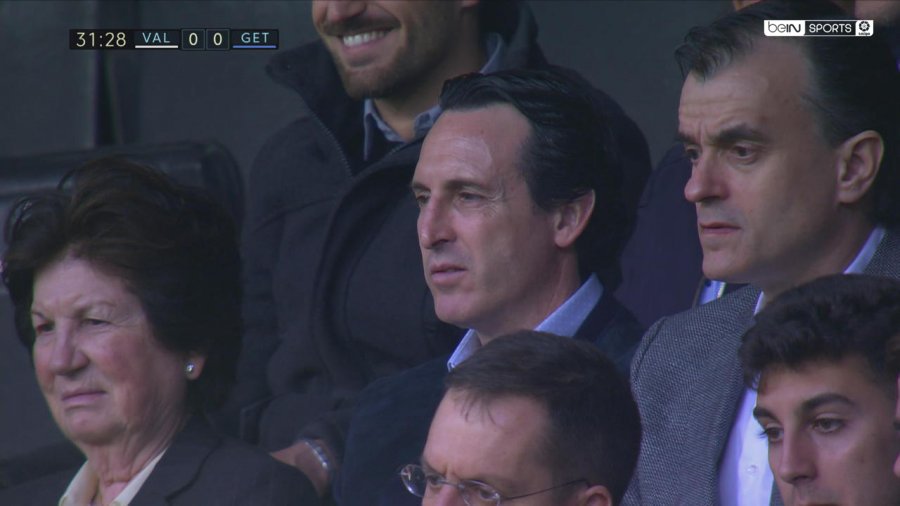 ( Arsenal head coach in Spain at the weekend )

The summer transfer window is a few months away and the gunners will be looking to identify players that they will try to sign when the transfer window opens. Arsenal did not play this weekend because their match against Wolves got postponed since they are still in the FA Cup.

Arsenal head coach Unai Emery did not let the weekend to go to waste as he traveled back to Spain and watched his former club Valencia as it made a 0-0 draw with Getafe. A report from AS has however reported that Arsenal head coach Unai Emery did not just come to Spain to watch this match but because he was also to scout Getafe’s defender Djene Ortega who has been very impressive this season.

The report claims that Arsenal did enquire about Djene Ortega in the 2018 summer transfer window but talks were however not done and this could be authentic because the North Londoners will definitely be in the search of a new centre back in the summer because their defence has let them down a lot this season. Djene Ortega has been very influential in Getafe’s impressive performance in this year’s campaign because they have high hopes of playing next season’s UEFA Champions League since they are in the fourth position on the Spanish LA Liga table.

Arsenal missed out on Monchi and maybe Unai Emery has decided to be looking at their possible summer targets as he waits for the club to bring in a new Chief Scout. It is unclear whether Djene Ortega would be the answer to Arsenal’s defensive problems but he could be a big upgrade on Shkodran Mustafi who has been awful this season.

Djene Ortega is now 27 years old and that is good for the gunners because their current best centre backs, Sokratis is 30 and Laurent Koscielny is 33 years old. Djene Ortega has a release clause of €35million and that shouldn’t be a problem for the gunners if they qualify for the UEFA Champions League.

Monchi speaks out on why he rejected move to Arsenal

Unai Emery identifies Ramsey’s replacement and scouts have been sent