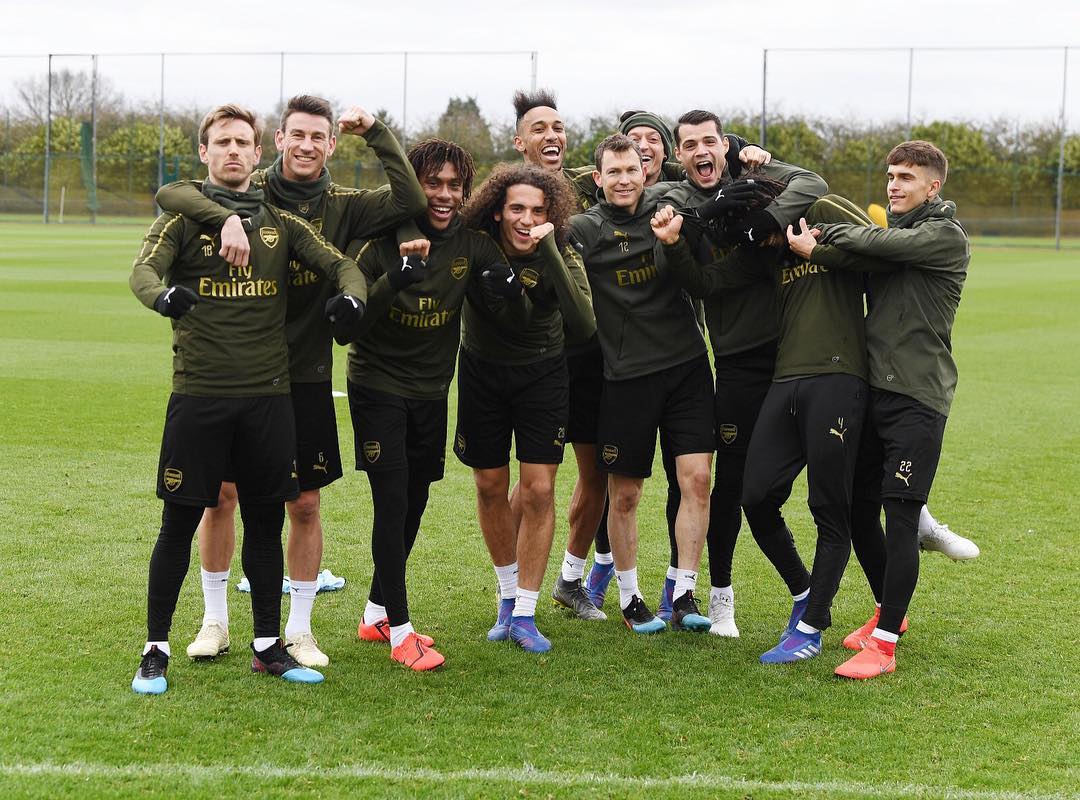 The Arsenal squad has traveled to France to face Rennes in the first leg of the UEFA Europa League round of 16 encounter. The gunners will be hoping to avoid the mistake that they did in the Europa League of round of 16 when they lost to BATE Borisov in Belarus which resulted into them facing them at the Emirates Stadium while under pressure.

Arsenal head coach Unai Emery has gone with a strong squad to France even though they will face Manchester United on Sunday, and this is a very important game because it might determine who gets to finish in the Premier League top four. Rennes have not been impressive in their domestic league but the gunners will not underestimate because BATE Borisov embarrassed them in the eyes of the football world.

Mesut Ozil was not in the Arsenal squad that traveled to Belarus a few weeks ago but he is however this time in the squad that will face Rennes since Unai Emery will probably start Aaron Ramsey over him against Manchester United at the Emirates Stadium.