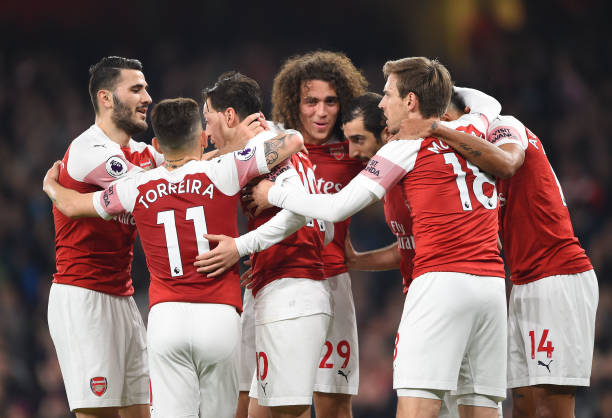 Arsenal at the moment are fourth on the Premier League table just one point behind rivals Tottenham but only three points ahead of sixth placed Chelsea. Arsenal beat Manchester United 2-0 almost two weeks ago to leapfrog them into the top four.

All the sides in the battle have eight games left to play and Arsenal have the easiest fixtures left on paper. Arsenal will not face any of the top 6 sides in their remaining games unlike their rivals who will have to play each-other.

Arsenal’s tough game might come when they face Wolves away from home, Wolverhampton Wanderers have proved to be a hard-nut to crack especially against the big boys. The Gunners should not get complacent otherwise the mid-table teams such as Crystal Palace and Brighton might take crucial point from them.

The other factor worth considering is that all English sides qualified for the Quarter-finals stage of the European competitions so no side will have an advantage over another, every side will have an equally busy schedule.

The squad is currently in Dubai and will face Newcastle next Monday on 1st April after the International Break.

What Emery sacrifices to start Aubameyang, Lacazette & Ozil together