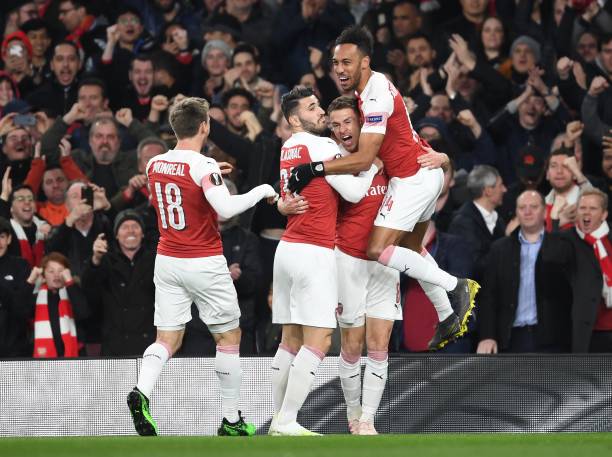 Arsenal has today been welcomed at the Molineux Stadium by Wolverhampton and the lineups have been announced but what’s surprising is that Aubameyang will be missing this game. Arsenal hasn’t released an official update about him but it’s probably because he is ill and didn’t take part in the training done before they traveled.

The gunners have today welcomed back Granit Xhaka to the starting eleven after he got rested in their 2-3 loss to Crystal Palace on Sunday but he is now back and Unai Emery will be hoping that he puts on an incredible performance because they really need the three points. The gunners have went back to a back four since they will be playing with one striker.

No Aubameyang means that Lacazette will be alone upfront and the gunners will now be hoping that he regains back his form since he has been a bit rusty in the last few games if you skip the free kick that he scored in Naples last Thursday.

Wolves 3-1 Arsenal: How it happened