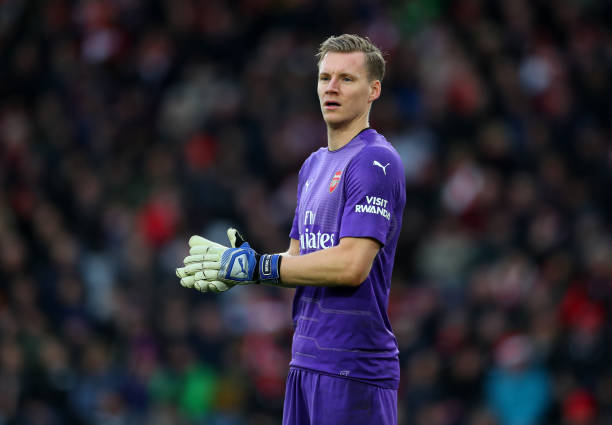 Bernd Leno joined Arsenal in the summer transfer window and he has proven to be an outstanding goalkeeper in the last few months. The former Bayer Leverkusen goalkeeper has now become relaxed and confident in the Premier League after struggling in the first half of the season and the 5-1 loss In Liverpool.

Bernd Leno has been outstanding in Arsenal’s last five matches and has been voted by the Arsenal fans as their player of the month for March for his outstanding performances in some matches like the North London Derby and the 2-0 win over Manchester United.

Bernd Leno is a new player at Arsenal but he has already started becoming one of the fan favourites and the German goalkeeper says that he appreciates this so much because each player always hopes to be supported by the fans. Arsenal head coach Unai Emery wants his team to be playing from the back and that’s why Bernd Leno was signed because he Is a modern goalkeeper that is comfortable with this tactic.

Bernd Leno has sent a message to the Arsenal fans saying that he wants to make all of them happy by giving his best on the pitch every time that he plays.

“Each player wants to have good support from the fans. We all need the fans, me too, and it’s good to hear that fans like me or like the way that I play.” Bernd Leno told Arsenal Player.

“I want to perform each game very well. But mostly I want to make sure the fans are happy as well.”