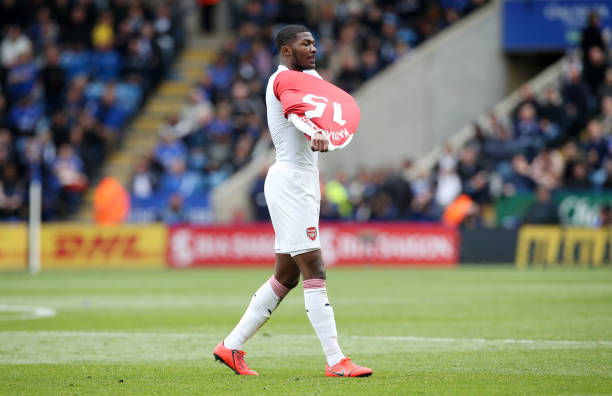 Leicester City has this afternoon defeated Arsenal 3-0 at the King Power Stadium but some of the gooners including their boss Unai Emery believe that they could have done better if Ainsley Maitland-Niles was not sent off in the first half.

Ainsley Maitland-Niles was deployed as a right back in this game and he received a yellow card in the first minutes of the game for a barge on a Leicester City and he then later on in the game fouled James Maddison hence getting sent off for receiving two yellow cards. Unai Emery’s anger was seen after the referee sent off Maitland-Niles and he continued pleading with the fourth official for a long time.

Arsenal was able to hold onto a 0-0 score line until the halftime whistle but them having one player down was seen thoroughly in the second half in the North Londoners as they became more defensive minded but Leicester City were able to finally break them down and won the game 3-0. Unai Emery says that he believes that Maitland-Niles shouldn’t have been sent off since the first yellow card wasn’t one.

“The first [yellow card] is not [a yellow card], for me,” said our head coach. “I don’t agree with this decision for the first yellow card. It conditioned [the game] a lot.” said Unai Emery telling the Arsenal official website.

“I think that maybe the first yellow card was not one. It was the seventh minute in the game. This one [the second yellow card], I don’t know but I respect the referee.”

The gunners will now have to play without Ainsley Maitland-Niles in their next match which will be against Brighton Hove & Albion but he will however be back for their last Premier League match of the season.

Unai Emery speaks out on Arsenal’s game vs Valencia