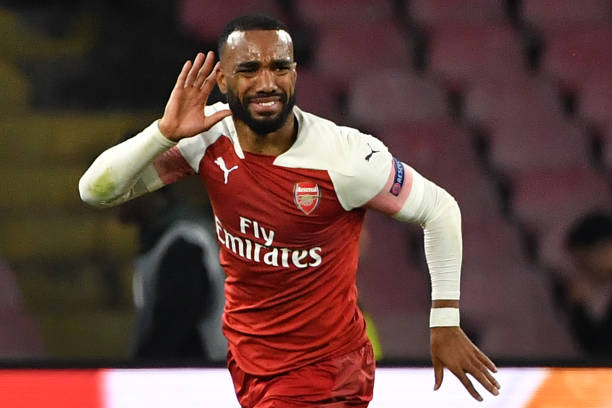 Alexandre Lacazette has had a wonderful season under Unai Emery this season but his value to the team has in the last few days been said to be low because of the performances which he has shown in their last three matches against Crystal Palace, Wolves and Leicester City.

Alexandre Lacazette joined Arsenal in the 2017 summer transfer window and he has however been better this season than in his first because Unai Emery shown more trust in him than Arsene Wenger did in his last season at the Emirates Stadium. Lacazette has scored goals against most of the top six sides this season than any other Arsenal player but his performances in the last three matches can’t be considered as the perfect way to assess whether the Frenchman is important to the squad of the North Londoners.

Lacazette might not be a regular goal scorer as Aubameyang but his 13 goals and eight assists this season have been very important if you take a look at this stat which proves why he is valuable to Unai Emery.

Most points won from players in the top six this season:

As you can see above, the Arsenal striker has helped Arsenal get 28 points this season. It’s certainly a great insight as to how the French international is important to the Arsenal side because he has helped his club get more points than Salah, Aguero and Hazard have got for Liverpool, Manchester City and Chelsea respectively.

Arsenal provisional squad to face Valencia has been revealed