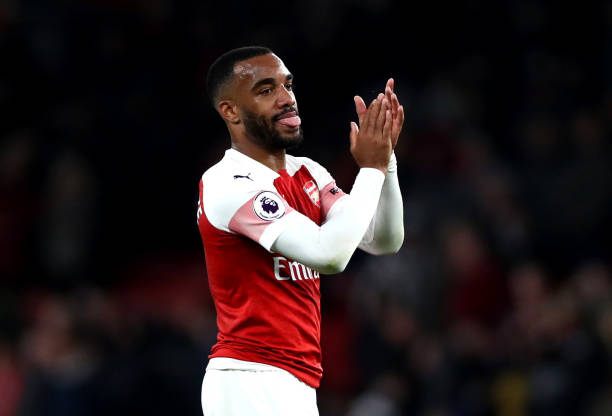 Alexandre Lacazette played as a solo striker In Arsenal’s 2-0 win over Newcastle United last night and he was able to get a goal in the last 10 minutes of the game to make sure that the North Londoners got all the three points which have taken them to the third position on the Premier League table.

Lacazette has now scored 13 goals in the Premier League this season and the Arsenal fans will be hoping to see him score more because all the remaining matches are very important to their hopes of ending the season in the Premier League top four. Arsenal is now ahead of Tottenham Hotspur and Manchester United by two points and they will be hoping to win their next match against Everton to retain their 3rd position.

Lacazette worked very hard in Arsenal’s win last night and we once again so how good he is when he is with Aubameyang as they combined well to double the lead of the gunners. Lacazette has spoken out about the match;

“It was a big game tonight. We knew it was going to be a tough game but we listened to the coach. He said we had to be patient and efficient in the two boxes. We did that today.” Lacazette told Arsenal.com.

Alexandre Lacazette was left out of the French squad that played in the 2020 EURO qualifiers but he will however continue working hard to impress at club level so that he can startrepresenting his country again.