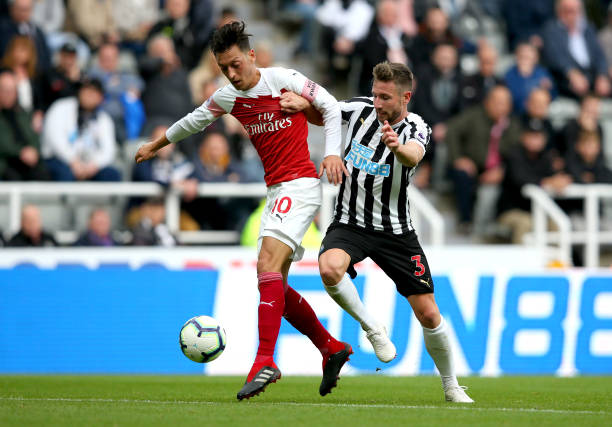 Newcastle United will today be welcomed at the Emirates Stadium by Arsenal and it will be an interesting game because these one wants to go back into the Premier League top four while the other wants to avoid relegation.

The referee that will be in charge of this match is Anthony Taylor and the Arsenal fans don’t like him that much because of some of the decisions that he made in the North London Derby a few weeks ago. Even though he did award Arsenal a penalty at the end of the game which Aubameyang missed but they still believe that he made some mistakes in other situations.

Anthony Taylor gave Lucas Torreira a direct red card yet he clearly won the ball and the Arsenal fans believe that it should have atleast been a yellow card, the other is that him and the linesman did not stop play for offside but he rather gave a penalty to Spurs and Harry Kane converted it in. The gunners will be hoping that decisions by the referee todaygo their way since a win over Newcastle United is very important.

Most football fans can’t wait for VAR to be introduced in the Premier League because the officiating in Chelsea’s 2-1 win over Cardiff City was a great example of why referees make bad decisions which cost clubs so much. Unai Emery is also a big fan of VAR and he said that it’s coming for Premier League referees next season.