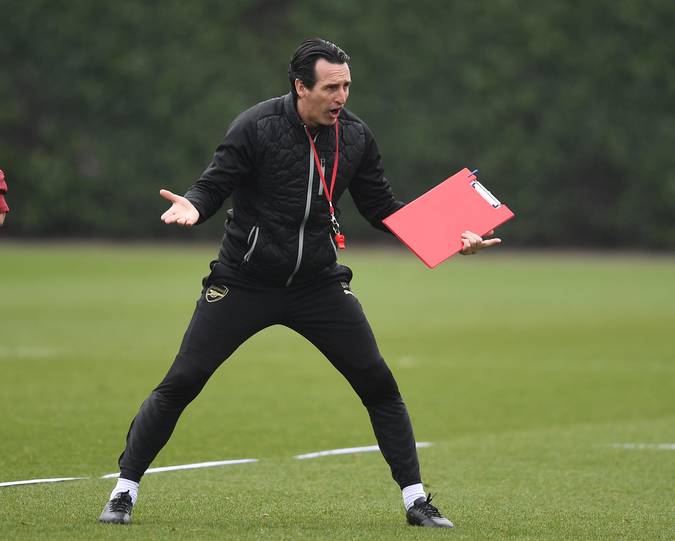 Unai Emery was appointed as the new Arsenal head coach in May last year and he has been working with the squad of the gunners for 11 months now. The gunners also welcomed new five players ( Torreira, Lichtsteiner, Leno, Sokratis and Guendouzi ) in the summer transfer window.

In an exclusive interview with Copa 90, Unai Emery spoke about a number of topics and he was also asked about the players that he believes that have improved under his coaching this season, and they are Matteo Guendouzi and Lucas Torreira who also arrived at the Emirates Stadium in the 2018 summer. The boss said that they have 25 players but that if he had to mention names then he would say Torreira and Guendouzi.

Guendouzi and Torreira in training ( Photo via Getty )

“There are some players maybe you can see this year this improvement – Lucas Torreira, Guendouzi.” said Unai Emery after being asked who has improved under him this season.

“The first time in the Premier League, in this difficult competition, and they are improving I think well. Maybe also sometimes the experienced players help them to do better, with their adaptation to the Premier. For me also I think it’s these two players.”

It’s pretty understandable that Unai Emery would choose Matteo Guendouzi and Lucas Torreira because they have been impressive for Arsenal this season despite being new to the Premier League.

Unai Emery speaks out on Mesut Ozil’s performances and behaviour

Bernd Leno sends a message to the Arsenal fans