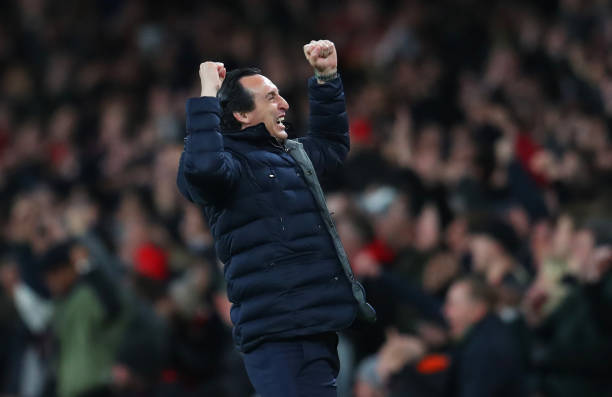 Arsenal is today facing Napoli at the San Paolo Stadium and it’s going to be an interesting match because the gunners come into this game with a two goal lead on the aggregate but they know it’s not enough as they too made two come backs in the previous rounds of the UEFA Europa League this season.

Arsenal head coach Unai Emery will be confident ahead of this match since they comfortably won the first leg at the Emirates Stadium last week but everyone knows how they have a bad away form this season and the fans are curious to know as to know what Unai Emery’s approach will be in this game since they have the advantage of a 2-0 lead.

Arsenal boss Unai Emery has often been accused of using defensive tactics in their away matches this season and he has however this time said that they will start the match by attacking to look for an away goal in the first minutes of the game. If Arsenal does get on the score sheet, then this will mean that Napoli will have to score four goals against the gunners to qualify for the UEFA Europa League semi finals.

“Our mentality is to think about preparing the match, starting the game by attacking when we have the ball and have the space to run.” Unai Emery told Arsenal Media.

“We want to defend as well. Our first target is to win. When you score when playing matches like tomorrow’s match, you can create a good advantage.”

“We know it’s going to be very difficult because they can score two or more goals with their attacking players. Our mentality tomorrow is to play the match thinking to win.”

Sokratis speaks out on Arsenal’s game vs Napoli