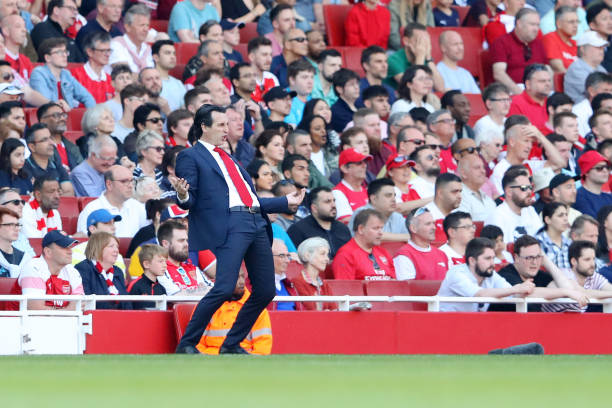 Arsenal dropped points in its match vs Crystal Palace and Shkodran Mustafi has received a lot of criticism and abuse from the Arsenal fans for his performance in this match. The German defender was at fault for the second goal that Arsenal conceded but Unai Emery has however pointed out that the player isn’t the main reason why they lost 2-3 against The Eagles at the Emirates Stadium.

The first goal that Arsenal conceded in the first half was because of poor defending from Shkodran Mustafi and Dinos Mavropanos but blame can also be placed on Carl Jenkinson who failed to make sure that Benteke became a victim of the offside trap.

The second goal was however hilarious because Mustafi managed to go in front of Crystal Palace’s Zaha and wanted Leno to come and clear the ball but the German goalkeeper did not and the Eagles got their second of the day which changed the whole game. Mustafi has been a talking point ever since that match ended and most of the Arsenal fans want him gone in the summer transfer window.

Arsenal boss Unai Emery has however refused to blame the defeat on one player and claims that the main reason why they lost is because they failed to take defend the set pieces since the first goal was a free kick and the third was a corner. Unai Emery said this telling the media after the match in his post-match press conference.

“I think we are, every player, helping and every player is playing with a big performance and today also, when you can defend against a player like Benteke or Zaha, you can suffer more than maybe in other situations.” said Unai Emery.

“But if today we were better in the set pieces, maybe we could have won this match.”

Will Sokratis and Granit Xhaka play in Arsenal’s game vs Wolves?