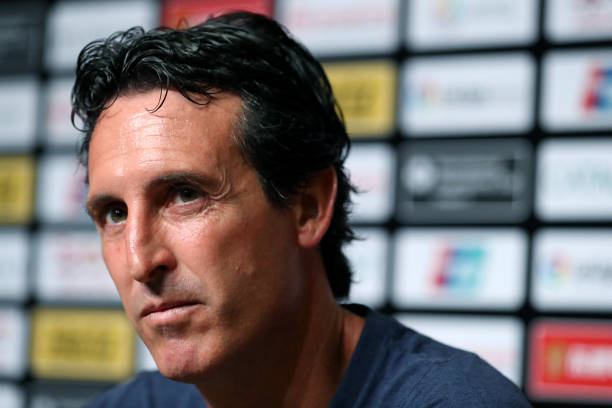 Arsenal’s hope of getting a top four finish has now become slim after Wolves defeated them last night making them fight for the fifth position with Manchester United who are behind them by just two points. Unai Emery was hoping to get Arsenal back into the Premier League top four in his first season since his predecessor was heavily criticized for failing to do that in his last two seasons.

The gunners faced a Wolves side that was winless in its last three matches and the Arsenal fans thought that their team would react after getting beat by Crystal Palace at the weekend but things didn’t go as expected as the North Londoners still lost, and are now officially out of the Premier League top four. The gunners were very awful in their 3-1 loss against Wolves and Unai Emery has said that he is very angry with himself because they failed to execute their game plan at the Molineux Stadium.

The Arsenal team failed to register a shot on target in the first 60 minutes of the game and even conceded goals that could have been easily avoided, Unai Emery was disappointed with the performance but he said that he feels angry at himself.

“I usually am very disciplined with myself [but] I am angry with myself,” Emery said. We didn’t do the gameplan like I wanted.” Unai Emery told Arsenal’s official website.

“I am not angry with the players, I am angry with myself. My idea and my style is to look in front and find a solution. Not to find who the player is who is playing worse or why they are not doing all we spoke about before.”

Wolves 3-1 Arsenal: How it happened