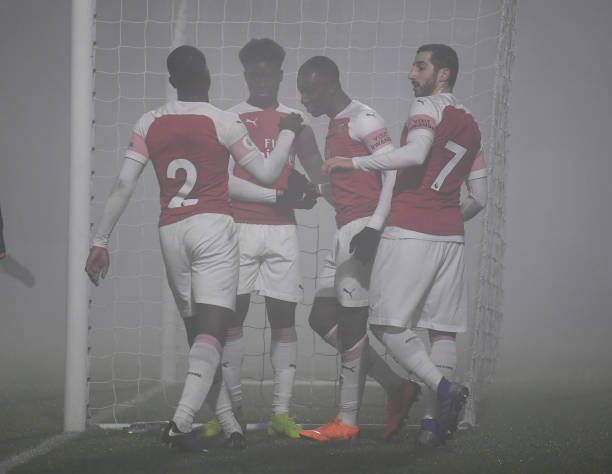 Arsenal has one of the best academies in England but it rarely uses its talented youngsters because of various reasons which we can discuss right now. Arsene Wenger was well-known for developing youngsters and the Arsenal fans claim that Unai Emery could end this tradition but that’s a lie because he has himself confirmed that he will be giving them chances.

Arsenal fans are usually overreactive when the club loses form and they have now spoke of how they believe that Unai Emery should promote some youngsters like Bukayo Saka to the first team now and also start using Eddie Nketiah who is usually at the bench of the gunners ever since Danny Welbeck got injured.

In a time when Arsenal have 0 out and out wingers, the academy has players like Saka and Amaechi who are amongst the most talented teenagers around. Even Nketiah can do a job as a left forward. Trust them @UnaiEmery_ trust our youth !

These youngsters are indeed good in their Under 23 league but the truth is that the season will be ending in a few weeks’ time, meaning there’s no time for Unai Emery to make experiments since it could cost them a spot in the UEFA Champions League next season. Yes players like Alex Iwobi and Henrikh Mkhitaryan have been awful in the last two matches but they however still have more experience and need to play these season defining matches since they are mature enough to handle that pressure.

Let’s say Unai Emery starts Saks on the left-wing against Leicester City and the youngster fails to have any impact? The Arsenal fans will rip him apart and he will lose his confidence. Let’s not forget how youngsters like Emile Smith Rowe, Saka, Willock and Nketiah played most of Arsenal’s UEFA Europa League group stage matches and in the FA Cup before the gunners got drawn with Manchester United.

So the real reason why talented youngsters like Bukayo Saka and Eddie Nketiah aren’t getting enough chances now is that there’s no more any chance of testing as the season is at the climax. If the gunners were still in FA Cup and were at face Blackpool, these youngsters would definitely get chances.

Report: A closer look at Arsenal’s chances of getting a Premier League top four finish