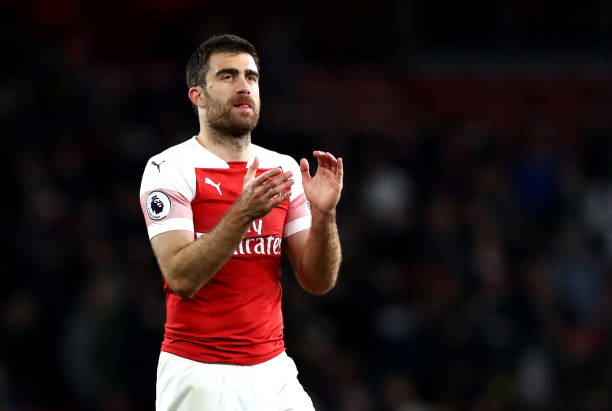 Arsenal will this Sunday face Everton away from home and even though it will be a must win game, we look at the reason as to why Unai Emery must bench Sokratis Papastathopoulos in this match despite him being fit to play.

This has nothing to do with Arsenal’s upcoming match against Napoli in the UEFA Europa League but it is important that Sokratis Papastathopoulos doesn’t play in this game because he is a yellow card away from getting a 2 game ban that would make him miss their next two matches against Watford (away) and Crystal Palace at the Emirates Stadium.

The rules state that receiving 10 yellow cards before the 32nd Premier League match will result into a two game ban and Sokratis already has nine yellow cards this season, and Arsenal’s match against Everton will be their 32nd Premier League match of the season. If Sokratis gets included in the starting eleven by Unai Emery, then the Greek international will miss their next two matches if he does get booked in the game.

I think we can all agree that it could be impossible for Unai Emery to ask Sokratis Papastathopoulos to play a clean match because it might do more harm than good since he would be afraid to do the necessary blocks and tackles hence Arsenal conceding. Sokratis did not receive a booking in Arsenal’s 2-0 win over Newcastle United but this game will probably be different since Everton does have a handful of great attacking players.

Unai Emery wants to play three at the back and so Sokratis could still probably start since Laurent Koscielny might not be involved in this match because of an injury and Dinos Mavropanos hasn’t impressed the boss enough to get a start in such an important game.

Report: Two players that will get Arsenal a win over Everton

Three changes that Unai Emery will make in match against Everton