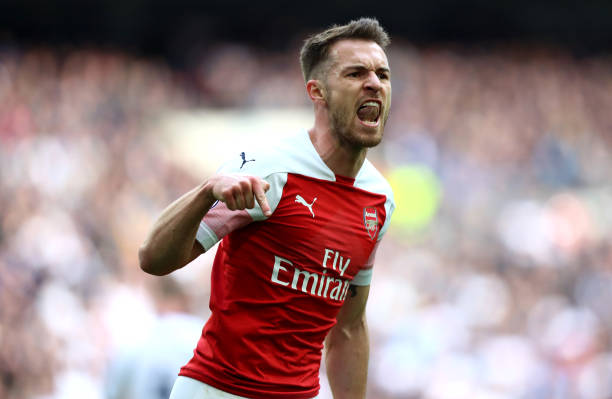 Aaron Ramsey will join Juventus on 1st July after he agreed a deal to join them a few months ago. But before that all happened, some reports surfaced which claimed that Arsenal had withdrawn the new deal that they had earlier offered him and this was finally confirmed later as the midfielder announced that he would leave the North Londoners at the end of this season.

Aaron Ramsey has been impressive for Arsenal ever since it was confirmed that he will leave the Emirates Stadium after being there for a decade and the fans have been enraged at the club for making this decision when the Welshman has been of their best players since they made a move to the Emirates. Arsenal’s head of football Raul Sanllehi has finally revealed what happened behind the scenes as the club decided to rip Aaron Ramsey’s new contract.

“He was really keen on staying with us, he was ready to make the effort but at the end of the whole process we had to be responsible for ourselves and protect the interests of Arsenal.” Raul told Arsenal.com.

“We realised we were going to cause an imbalance that would have been very harmful for the team’s sake in the medium and longer term.”

So it seems like Ramsey was not offered a new deal because it was going to damage their wage bill according to Arsenal’s head of football as he also mentioned more about why it’s difficult to negotiate new contracts with players that are in the final year of their deals because other clubs will have made some offers.