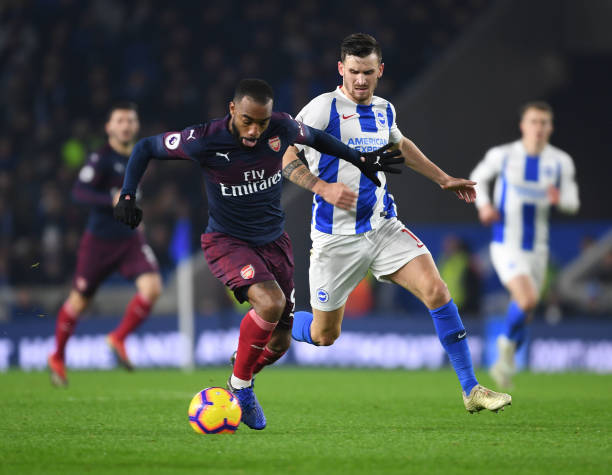 Arsenal will this weekend face Brighton & Hove Albion at the Emirates Stadium and Unai Emery will be hoping that his team gets back to winning ways in the Premier League because their chances of getting a top four finish are currently slim after losing three league matches in a row.

Arsenal will come into this match when they have already known the results of the Manchester United and Chelsea games and the outcomes of those matches could determine the squad which Unai Emery will use in the match against The Seagulls. If Manchester United win and Chelsea lose then Unai Emery will definitely use a strong squad against Brighton instead of resting players as speculated because the three points will see them enter the Premier League top four with one more match to go.

Brighton & Hove Albion will not be an easy match for the gunners because this is a team that will try to make sure that it doesn’t get relegated, it’s three points away from being safe and so they will probably put all their efforts into defeating the North Londoners at the Emirates Stadium on Sunday.

The gunners will be hoping that Lacazette and Aubameyang can also dismantle The Seagulls as they did to Valencia on Thursday. These two will be hoping to redeem themselves after having three disastrous performances hence almost ending Arsenal’s chances of getting a top four finish. Unai Emery wil be counting on them to do something special and the Arsenal fans will be confident of a win since it is at the Emirates Stadium. Arsenal’s last match against Brighton & Hove Albion ended in a 1-1 draw.

The gunners will be without Aaron Ramsey, Danny Welbeck, Rob Holding, Denis Suarez and Hector Bellerin who have all been ruled out for the rest of the season. Unai Emery will be hoping that Laurent Koscielny is fit enough to play on Sunday. Brighton don’t have any major injuries.