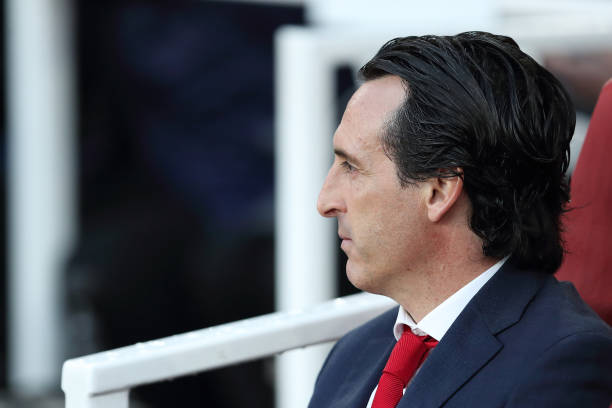 The gunners have this season used various formations because Unai Emery is a flexible manager that changes his tactics according to the opponents that they will be facing. Arsenal used a back four in the first matches of the season but later changed to a back three until Rob Holding got injured.

The gunners used a back four against Leicester City and lost the match 3-0 and Unai Emery decided to use a back three vs Valencia, and it successfully worked well because the North Londoners won the match 3-1. Arsenal will this weekend face Brighton & Hove Albion and Unai Emery was recently asked by the Arsenal Media on how he decides to either use a back four or back three.

“We speak in our meetings, and 70 per cent [of the decision] is thinking about us and our matches. After, the 30 per cent, we analyse the positions and to share thinking about our capacity against the opposition.” said Unai Emery.

Arsenal has four fit centre backs; Mavropanos, Koscielny, Sokratis and Mustafi and so Unai Emery has the option of using either a back three or four since most of his central defenders are available for selection for their match against Brighton & Hove Albion. It will be interesting to see what formation that he uses on Sunday.