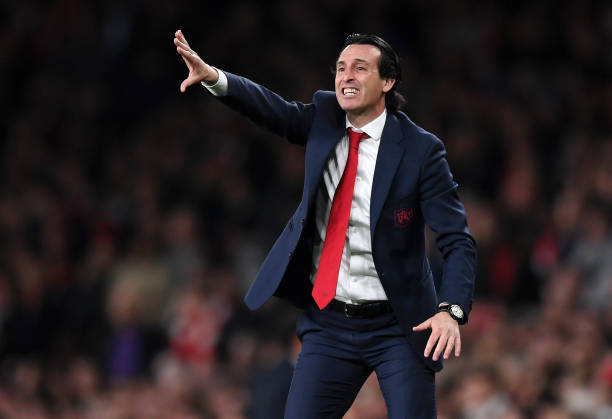 The gunners missed out on a chance of getting a top four finish yesterday after they were held to a 1-1 draw by Brighton & Hove Albion. Getting one point in that match confirmed that Unai Emery’s team will not be playing in the UEFA Champions League next season unless they win this year’s UEFA Europa League.

Arsenal’s started the match well and got a penalty and Aubameyang converted it in but they however became more relaxed with their build up while the visitors started testing their defence and saw how it was a bit vulnerable. The second half was depressing to the Arsenal fans as their team still looked too relaxed and a quick counter attack earned Brighton a penalty and they equalised. Unai Emery’s substitutions didn’t help and the gunners would have conceded another because they were underpressure.

A disappointed Unai Emery faced the media after the match to speak about what went wrong in this game which just confirmed that their chances of playing UEFA Champions League will now depend on their progress in the UEFA Europa League. The Arsenal boss applauded the defence and the goalkeeper of Brighton & Hove Albion.

“We had the idea to continue taking chances for the opportunity against Burnley next week, but today we drew. We know they are very organised and strong defensively so the key was scoring the second goal.” Emery told Arsenal’s official website.

“We tried to do that and they gave us some minutes to come back, and again we tried for the second goal and made chances, but their defence done very well and their goalkeeper made some big saves.”

Danny Welbeck’s current contract at the Emirates Stadium will expire at the end of this season, and despite all the reports which claimed that he would get a new deal, Arsenal’s head coach Unai Emery has confirmed that the English striker will be leaving the club. Welbeck was also thanked  for his contributions to the club.

“I spoke with the club about this situation. The decision is he’s going to leave.” said Unai Emery.

Arsenal XI to face Brighton & Hove Albion has been released