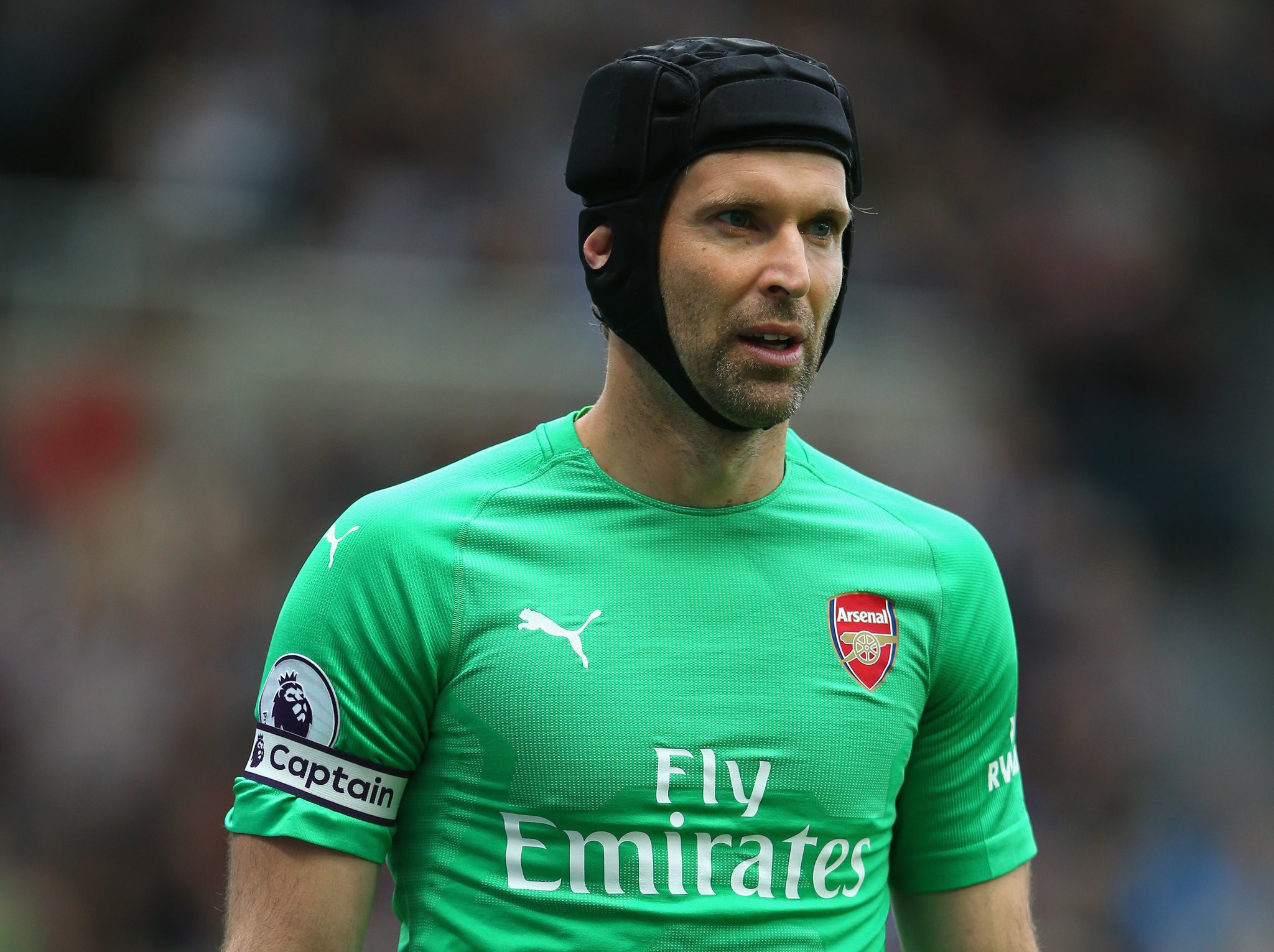 Arsenal will next week face Chelsea in the UEFA Europa League final and the gooners will be hoping to win it so that they can earn automatic qualification to next season’s UEFA Champions League. Unai Emery will have a big task next week of choosing the starting eleven that plays in the final which is a game that is a must win for the North Londoners.

Petr Cech will retire at the end of this season and it’s been claimed by Sky Sports that the Czech Republican international will be appointed as Chelsea’s sporting director in this summer. The UEFA Europa League final will be Petr Cech’s last professional match and it will surprisingly be against a club that will employ him after the game according to reports.

Arsenal fans are afraid that there could be a conflict of interest in Petr Cech on Wednesday but Unai Emery has however said that he fully trusts the former Chelsea goalkeeper. However, Emery did not confirm whether Petr Cech will be behind the goal posts in Baku on Wednesday.

“My idea, and my way every match is to speak with the player when I decide if they are in the first 11, and at the moment I trust and believe in him.” Unai Emery told Arsenal’s official website.

“He played with a big performance and I could use him or I could use Leno, but above all I want to enjoy with all our players and a special moment with some players.”

Petr Cech has played in most of Arsenal’s UEFA Europa League matches up-to the finals but most football pundits and the supporters have advised Unai Emery to drop him in the final because Bernd Leno is the better goalkeeper. It will be interesting to see if Emery will be bold enough to play Petr Cech in this game when he will probably join Chelsea in the upcoming weeks.

Emery sends a special message to Arsenal fans about his future

Burnley Vs Arsenal: Fans and Emery need this win