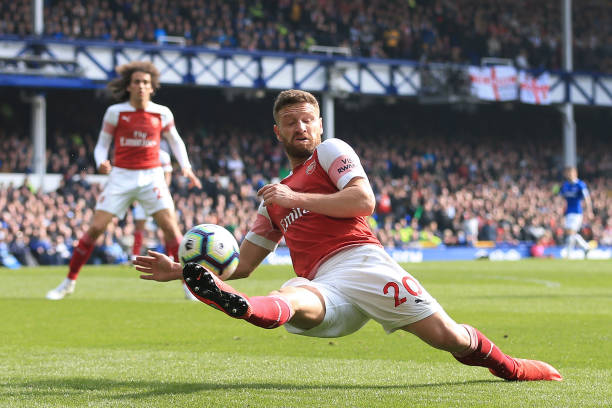 The summer transfer window has opened and the Arsenal fans are calling on the club to finally sell Shkodran Mustafi because he was awful in the 2018/19 campaign. Mustafi has made many mistakes during Arsenal’s league campaign and some gooners believe that he is among the reasons why they missed out on a top four finish.

There has been some transfer rumours which claim that AC Milan are interested in Shkodran Mustafi but the German centre back has denied all these reports, saying that he is contracted to stay at the Emirates Stadium until 2021. Shkodran Mustafi joined Arsenal from Valencia in 2016 and he has become a villain amongst gooners even though he had an awesome start as an Arsenal player three years ago.

Shkodran Mustafi claims that he doesn’t know where reports of him leaving the Emirates this summer come from.

“I do not know where these messages come from. It’s funny, I’ve been here for almost three years, and after half a year, it was speculated that I would change soon.” Shkodran Mustafi told Kicker.

“I am a player of Arsenal, I have a contract until 2021, and then there is no news. If they exist, I will announce them and not sneak away.”

Shkodran Mustafi will be in the Arsenal squad that will face Chelsea in the Europa League final in Baku and the gooners will be hoping he puts on a great performance if he gets selected because it could be his last for the club according to the reports. It is however not a surprise that Mustafi has denied these rumours because he is still an Arsenal player and they have a final in a few days from now.

Arsenal unsure on whether to offer Koscielny a new deal