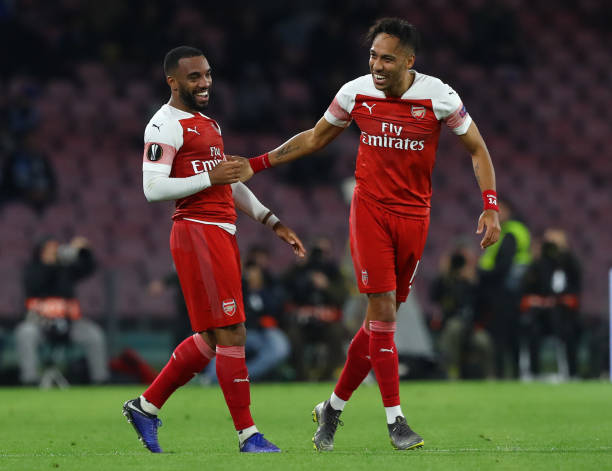 The UEFA Europa League is just hours away from kicking off. The gunners face Chelsea in Baku tonight with the hope of winning a European trophy for the first time after two decades. It will also give them automatic qualification to next season’s UEFA Champions League.

Unai Emery will today have a huge task of selecting the starting eleven because he will be at blame if the gunners fail to win this competition. So let’s take a look at the expected Arsenal lineup to face Chelsea at the Baku Olympic Stadium with all eyes on Aubameyang and Lacazette.

There has been a lot of debate amongst the Arsenal fans on if Cech should be in the starting eleven or not. Unai Emery will however not drop Cech as he said that the Czech Republican international is trustworthy since he is a respected professional.

Unai Emery will use a back three as he has done in Arsenal’s last four UEFA Europa League matches. Arsenal’s back three will probably consist of Monreal, Sokratis and Captain Laurent Koscielny.

Granit Xhaka and Lucas Torreira will be paired together because Guendouzi is not mature enough to play in such an important game and Aaron Ramsey has a hamstring injury.

Arsenal supporters called on Unai Emery to use both of his strikers at the start of the season and it seems like he has also liked this idea. So Aubameyang and Lacazette will be in the starting eleven.

Emery sends a special message to Arsenal fans about his future