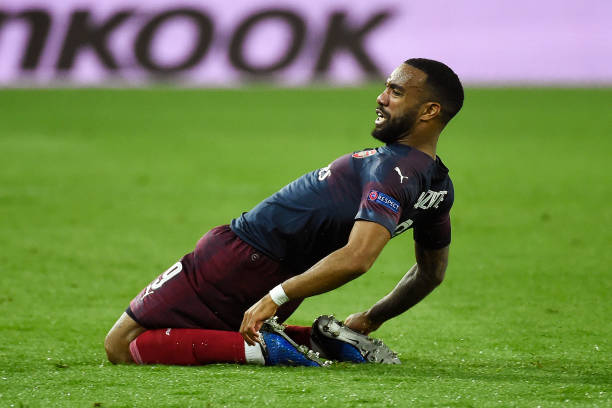 Atletico Madrid is currently on the search for a new attacker after their star man Antoine Griezmann decided to leave in this summer transfer window. There has been many reports concerning who would-be the replacement of Griezmann and Arsenal’s Alexandre Lacazette is apparently on that list as well.

Alexandre Lacazette has been impressive for Arsenal this season, scoring 18 goals and was even voted as Arsenal’s player of the season since he impressed the fans in this 2018/19 campaign. AS claims that Atletico Madrid are interested in Alexandre Lacazette because they believe that the Frenchman has the right profile to be Griezmann’s successor and it’s probably not a surprise that they are interested in him since they were close to signing him in the past before the gunners made a move.

Obviously, even if this report was to be true, there won’t be any significant talks between Arsenal and Atletico Madrid because the North Londoners have a European final to look forward to. Winning it hence gaining entry to the UEFA Champions League would help the gunners to keep hold of their stars like Lacazette.

The Arsenal supporters adore Lacazette so much because he has formed an outstanding partnership with Pierre-Emerick Aubameyang and these reports which claim that he could leave this summer will certainly be worrying for them.

Arsenal receives a boost in its pursuit of Nicolas Pepe