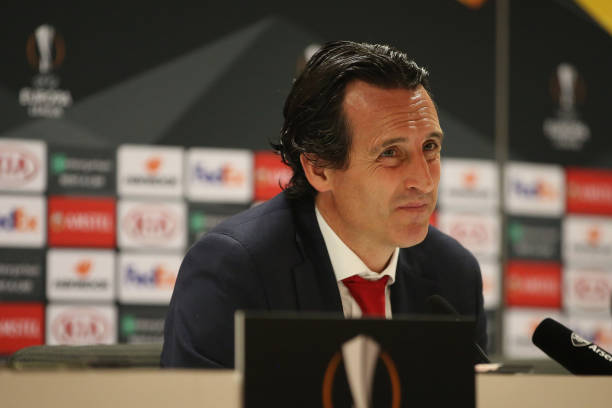 Arsenal will tomorrow face Valencia and they will be hoping to make their fans happy after the performances which they have shown in the last few weeks. A win in Spain will see the gunners make it to a European final for the first time since 2006 and so Unai Emery will want to win this competition to show the Arsenal fans that he is the right man for the job.

Arsenal beat Valencia 3-1 at the Emirates Stadium thanks to an incredible performance from the players but the gooners aren’t confident ahead of this tie since they believe that Unai Emery will tell his players to play a defensive game so that they can maintain their two goal cushion. Unai Emery and his squad have arrived in Spain ahead of tomorrow’s match and he has had his pre-match press conference a few minutes ago.

Despite the belief that the gunners will play a defensive match against Valencia, Unai Emery has hint at playing their normal game so that they can get a win over the Spanish side away from home. He says that they will be playing to get a win and to do that, you have to score.

This is going to be a must win match for Unai Emery as the club gave him an objective to get the club back to the UEFA Champions League and he has so far failed to do that via the Premier League.