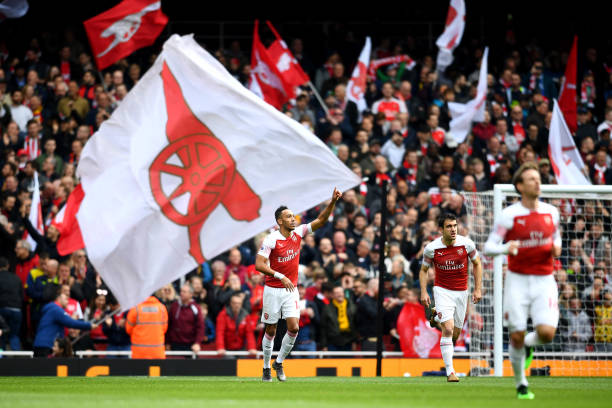 Arsenal will tomorrow make a visit to the Mestalla Stadium to face Valencia, hoping to secure their place in the UEFA Europa League final that will be played in Baku. It’s going to be a must win match for Unai Emery’s men because the club’s chances of playing in UEFA Champions League next season are on the line after they failed to secure a top four finish this season.

Arsenal players come into this match after they made a 1-1 draw with Brighton & Hove Albion and they are probably emotionally broken but Unai Emery will be under a huge task of trying to motivate the players since it will be a failure of a season if they don’t win this year’s UEFA Europa League. Winning this competition is very important for Unai Emery because it will make the Arsenal fans to have more faith in him since, their faith in him has been lost after his failure to defeat 17th placed Brighton & Hove Albion.

Valencia is also in a similar position as the gunners and they would be happy to win the UEFA Europa League because they are not in the LA Liga’s top four but they will have a hard time over turning Arsenal’s 3-1 lead since the North Londoners showed that they can sometimes defend collectively as seen in their 0-1 win over Napoli in Naples. Even though Arsenal defeated Valencia 3-1 in the first leg, the Spanish side is still hopeful that they will turn this around at their stadium since the gunners have a poor away form.

LONDON, ENGLAND – MAY 02: Mouctar Diakhaby of Valencia (12) outjumps Alexandre Lacazette of Arsenal as he scores his team’s first goal past Petr Cech during the UEFA Europa League Semi Final First Leg match between Arsenal and Valencia at Emirates Stadium on May 02, 2019 in London, England. (Photo by Shaun Botterill/Getty Images)

Valencia started with about six defenders against Arsenal at the Emirates Stadium but it will be different this time since they will be at home with their supporters cheering for them during the full 90 minutes. The gooners will be hoping that their team doesn’t get intimidated in this match as they have in some of their away losses like that in Rennes.

Ramsey and Suarez have joined the likes of Bellerin, Welbeck and Holding on the treatment table. These five players will not take part in this match because they are out for the rest of the season.

Valencia’s Geoffrey Kondogbia will also not take part in tomorrow’s match because he has a thigh injury. Denis Cheryshev will also not be available because of a stretched ligament.

Arsenal Vs Brighton & Hove Albion: All you need to know