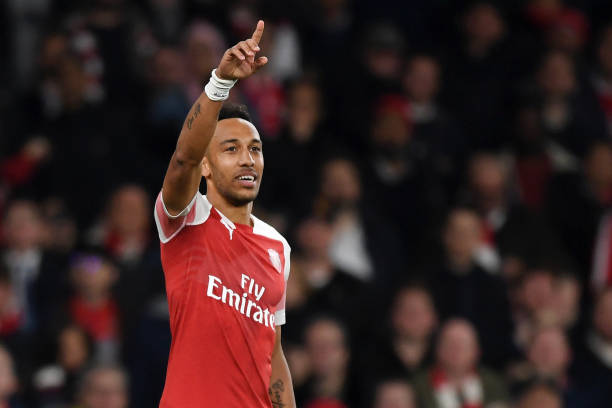 Arsenal striker Pierre-Emerick Aubameyang recently received a mouth-watering offer from Chinese club Shanghai SIPG. The Gabon international had an incredible performance in the 2018/19 campaign and even managed to get the Premier League golden boot even though the gunners had no consistent wingers.

Aubameyang has been incredible for Arsenal ever since he arrived at the Emirates Stadium in January, 2018 and even though his goals weren’t enough to secure a top four finish for Emery’s side but his contribution to the team is not underestimated by the top officials at the club according to a latest report.

The Sun claims that Arsenal managing director Vinai Venkatesham is planing on offering Pierre-Emerick Aubameyang a new contract which would extend his stay at the Emirates Stadium for atleast three more years even though he will be 30 years old in a fee weeks time. Aubameyang currently earns £180,000 a week wages and the report claims that the gunners will increase his salary to £200,000 a week wages in order to tie him down at the Emirates Stadium so that he doesn’t leave the gunners for free in 2021.

The offer from China that Aubameyang received would see him earn at least £300,000 a week wages but the gunners will be confident that he will still choose to stay at Arsenal as he will be playing at one of the biggest clubs in Europe instead of ending his career by going to Asia. Aubameyang also recently claimed that he would like to be a legend at Arsenal and so the gunners will definitely be confident that he will sign this new contract.

Revealed: The surprising person behind Ramsey’s departure from Arsenal