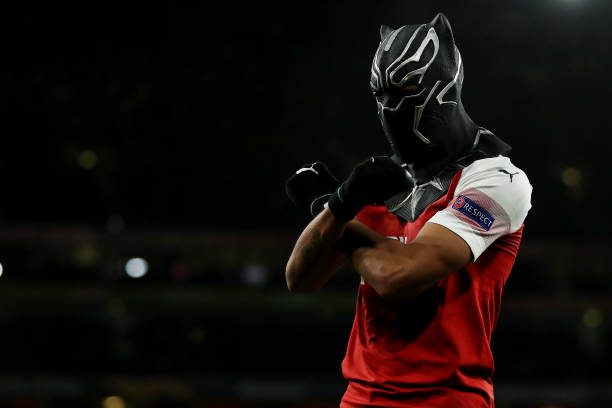 Pierre-Emerick Aubameyang has been at Arsenal for one year and half and he has proved his worth last season by scoring 22 goals in the Premier League to become the joint top scorer. The gooners love him so much but the club only have him and few players that can raise a great amount of money if sold.

Arsenal is reportedly working on a £45million transfer budget and the gunners will have to sell some of its players in order to be able to afford all its transfer targets like Wilfried Zaha who is being overpriced by his current club.

Arsenal had a lot of problems last season but striking was not among them as both Aubameyang and Lacazette showed that they are formidable forwards that can continue bagging in goals for the gunners. Aubameyang is however the older one and that’s why he is the one that the club would consider selling in this summer transfer window.

It’s been reported by the Metro that Arsenal have slapped an asking price of £56million on Pierre-Emerick Aubameyang because they will not want to make any loss as this is the same amount that was paid to Borussia Dortmund in January, 2018. Aubameyang has in the last few days been linked with a move to Manchester United but there hasn’t been any reliable sources that have confirmed these transfer rumours.

Arsenal putting an asking price on Aubameyang could be believed as Arsenal’s head of football Raul Sanllehi said that the gunners will either renew contracts of players with only two years remaining on their deal or sell them when their value is still high so let’s see if the Gabon international will get a new deal from the North Londoners.