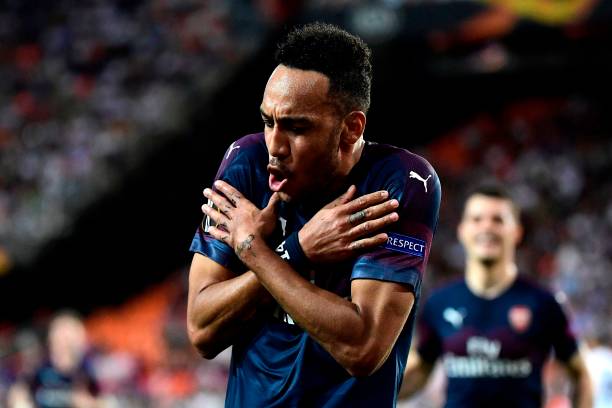 Arsenal completed the signing of Pierre-Emerick Aubameyang from Borussia Dortmund in the 2018 January transfer window and he has been an incredible acquisition as he was among the three Premier League top scorers last season.

The gunners will be hoping to hold onto Aubameyang in this summer transfer window since he scored a lot of goals for them in his first full season but since he is a world-class striker, suitors will always show up and have as The Times is reporting that Aubameyang has received big money offers from some Chinese clubs. The Gabon international has reportedly been offered offers which would see him earn as big as £300,000-a-week wages.

Aubameyang scored 30 goals for Arsenal last season in all competitions but he is among the club’s only saleable assets that would get the club a huge amount which would help them strengthen some other positions like the defence which certainly needs an overhaul. The North Londoners will however probably keep him as there’s no simple way to find someone as good as Aubameyang without spending a lot of money.

The offers that these Chinese clubs are offering are good and Arsenal will be hoping that Aubameyang doesn’t get tempted by them because most players would want to start earning £300k in their 30’s.