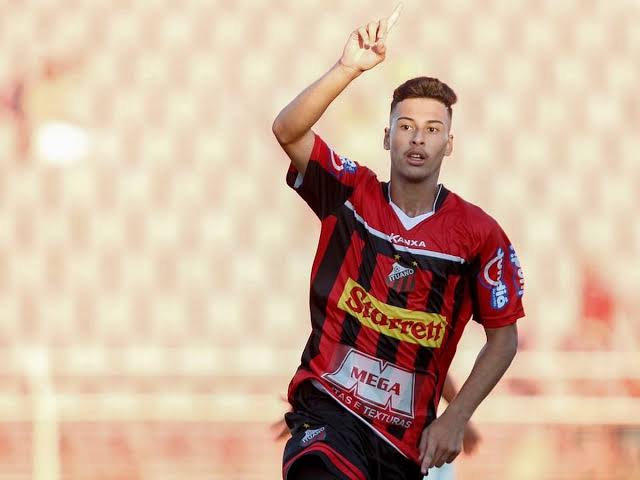 Arsenal is on the verge of completing its first signings of the summer transfer window after its been reported by the Brazilian press that Gabriel Martinelli will finally make his way to the Emirates Stadium in the coming days. The youngster is highly rated in Brazil and the gunners have decided to give him a chance in Europe.

Gabriel Martinelli is a striker that has been playing for Ituano in Brazil and he has been scouted by many top European clubs including Manchester United and Barcelona but he has however chose the North Londoners as his preferred destination. The gunners reportedly completed the deal a long time ago and were waiting for him to turn 18 years old.

Globo Esporte which is reliable for news about Brazilian internationals claims that the gunners have completed the signing of Gabriel Martinelli from Ituano for €6million. The gunners will be announcing him soon as he has today turned 18 years old and that’s what the club was waiting for before it can make the deal official.

Gabriel Martinelli is incredibly talented and the gunners probably view him as a replacement for Danny Welbeck even though some believe that he could be sent out to the academy so that he continues his development. Emery did however surprise everyone by playing Guendouzi at the start of the season when everyone thought he would go straight to the Under 23 squad so maybe it’s the same with Martinelli.

Arsenal’s insufficient transfer budget to cause more harm than good